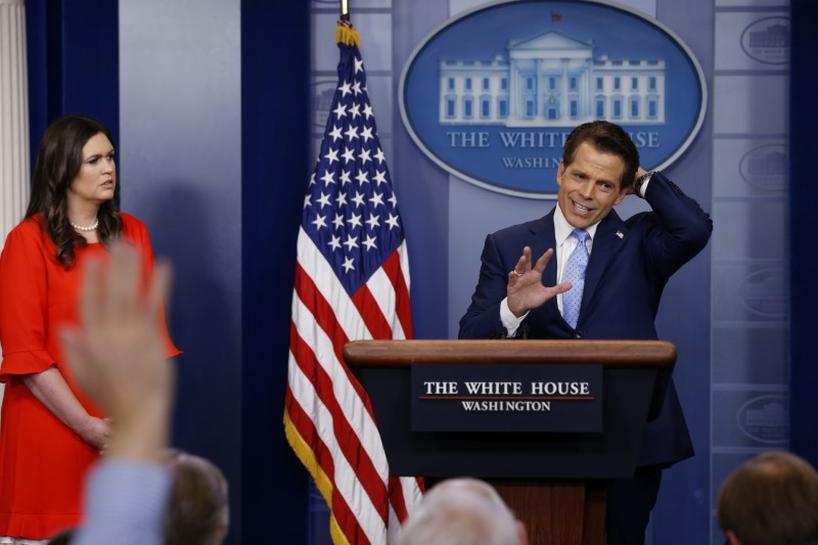 NEW YORK (Reuters) – Anthony Scaramucci, the Trump administration’s new communications director, has yet to get approval from U.S. regulators to sell his hedge fund firm to a group led by Chinese conglomerate HNA, according to a person familiar with the matter.

Scaramucci agreed in January to sell SkyBridge Capital LLC to clear the way for a job working with U.S. President Donald Trump. That role finally materialized on Friday when Trump shook up his administration, prompting the resignation of White House spokesman Sean Spicer.

But the sale of SkyBridge has yet to get the green light from the Committee on Foreign Investment in the United States (CFIUS), which reviews acquisitions by foreign entities for potential national security risks.

Many of the heads of the government departments and agencies comprising CFIUS are political appointees, and it is chaired by Treasury Secretary Steven Mnuchin.

Scaramucci told Reuters in May that he expected the sale of SkyBridge to get U.S. regulatory approvals in June.

FILE PHOTO – Anthony Scaramucci, Founder and Co-Managing Partner at SkyBridge Capital, speaks during the opening remarks during the SALT conference in Las Vegas, Nevada, U.S. on May 17, 2017.Richard Brian/File Photo

A representative of SkyBridge did not respond to a request for comment on Friday.

Reuters reported this week that CFIUS has become increasingly reluctant to approve deals. The president has the power to veto recommendations made by CFIUS although this has never happened before.

HNA is among a number of acquisitive Chinese firms currently under a spotlight in China over the potential risks from domestic companies going on overseas buying sprees.

Best known as the owner of Hainan Airlines Co (600221.SS), HNA group plans to acquire a majority stake in SkyBridge through its financial arm HNA Capital as part of an expansion into asset management.

Scaramucci told Reuters in May that he had, separate from the sale of his business, discussed partnerships with HNA.