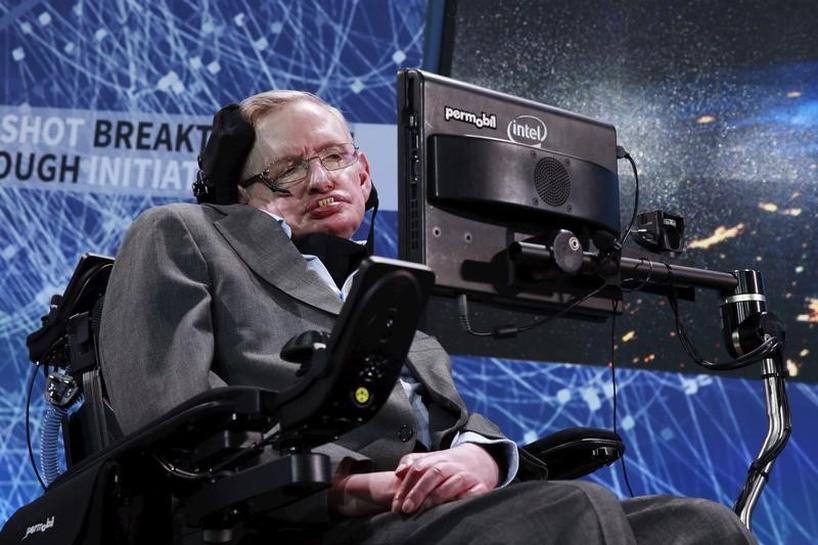 LONDON (Reuters) – Physicist Stephen Hawking has criticised the British government for causing a crisis in the state-run National Health Service (NHS), saying it had to be protected from becoming a profit-making U.S.-style system.

“The care I have received since being diagnosed with motor neurone disease as a student in 1962 has enabled me to live my life as I want, and to contribute to major advances in our understanding of the universe,” wrote Hawking, author of the bestselling book ‘A Brief History of Time’.

Founded in 1948, the NHS is a source of huge pride for many Britons who are able to access free care from the cradle to the grave, but in recent years tight budgets, an ageing population and more expensive, complex treatments has put the system under huge financial strain.

Hawking, a supporter of the opposition Labour Party, said the NHS was “a cornerstone of our society” but was in crisis created by political decisions.

It was also facing a conflict between the interests of multinational corporations driven by profit and public opposition to increasing privatisation, he said.

“In the U.S., where they are dominant in the healthcare system, these corporations make enormous profits, healthcare is not universal, and it is hugely more expensive for the outcomes patients receive than in the UK,” he wrote.

“We see the balance of power in the UK is with private healthcare companies, and the direction of change is towards a U.S.-style insurance system.”

Last year, English doctors staged their first strikes in four decades over government plans to reform pay and conditions as part of moves to deliver what it said would be a consistent service seven days a week as studies showed mortality rates were higher at weekends when staffing is reduced.

However, Hawking, who communicates via a cheek muscle linked to a sensor and computerised voice system, said Health Secretary Jeremy Hunt had cherry-picked research to justify his arguments.

“For a scientist, cherry-picking evidence is unacceptable. When public figures abuse scientific argument, citing some studies but suppressing others to justify policies they want to implement for other reasons, it debases scientific culture,” he wrote.

Hunt responded on Twitter saying no health secretary could ignore the evidence.