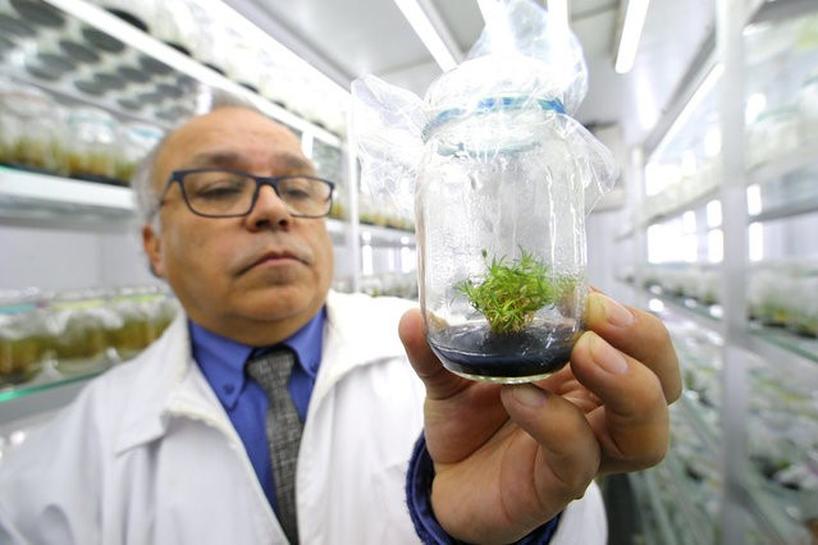 SANTIAGO (Reuters) – Scientists in Chile have discovered molecules in two species of Antarctic flowers that protect the plants from solar radiation and could potentially be used in products such as sunscreen for humans and protection for vulnerable crops.

Researchers at the University of Santiago investigating the properties of Antarctic plants grown under controlled conditions found that Colobanthus quitensis (pearlwort) and Deschampsia antarctica (hair grass) could tolerate high levels of ultraviolet radiation.

According to the British Antarctic Survey, these are the only two flowering plants found in the icy polar region, growing around its more temperate edges. But climate change and melting ice are increasing their range, the Chilean researchers said.

The scientists have identified a group of molecules in the flowers, particularly Colobanthus, that acts as a solar filter and prevents radiation damage, said project leader Gustavo Zuniga.

The university is seeking commercial partners to develop spin-off products from the research, he said.

“It could be used in the not too distant future,” he said. “For example, for a crop that doesn’t tolerate increasing levels of radiation, that genetic information could be used to make the crop respond better.”

Natural sunscreens or creams could also be developed incorporating the molecules to protect human skin from damage from ultraviolet radiation, he added.

This is what happens if you eat too much fried chicken
Compulsory 14-day quarantine for PCA travellers entering Malaysia from Singapore
3 of 10 new community COVID-19 cases linked to TTSH cluster; 28 infections reported in Singapore
China to suspend economic dialogue mechanism with Australia
Man arrested after refusing to wear mask on MRT train