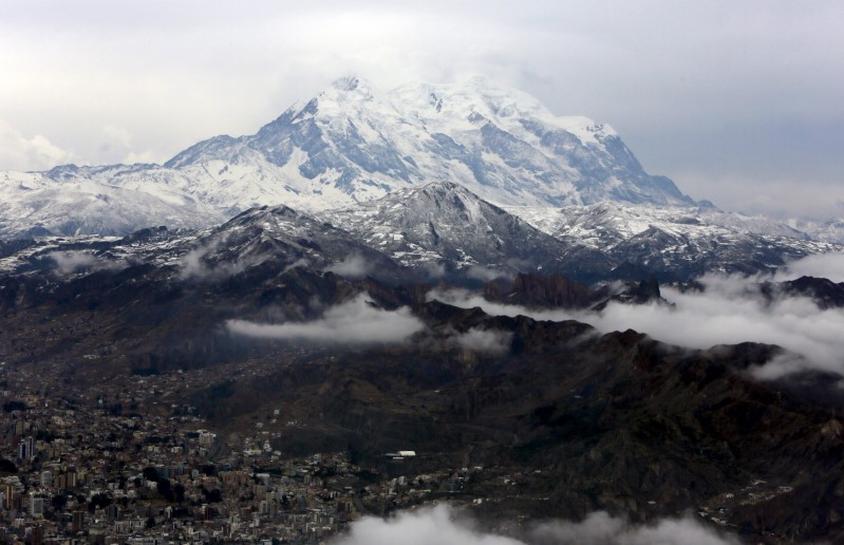 ILLIMANI MOUNTAIN, Bolivia A team of international scientists are transporting samples of ice from a melting glacier in Bolivia to Antarctica, for study and preservation before the glacier disappears.

The international “Ice Memory” expedition of 15 scientists took samples from the glacier on Illimani Mountain in the Andes and will store them in Antarctica at the French-Italian base of Concordia.

The scientists were helped by local guides and porters, who live near the base of Illimani. Clearly visible from Bolivia’s capital La Paz, Illimani’s “eternal snows” are frequently referenced in the music, mythology and literature of the Aymara people.

But scientists say global warming is rapidly melting the glaciers of the Andes, removing an important source of fresh water for many communities and threatening others with deadly avalanches. Illimani itself has warmed by 0.7 degree Centigrade in the last 18 years, said Ice Memory glaciologist Patrick Ginot.

“As glaciologists, we want to keep this kind of glacier sample because for us it is an encyclopedia of the climate and environment,” Ginot told Reuters on Tuesday.

“When you remove a glacier sample, you’re perforating through into the world’s history.”

The French-led Ice Memory organization says its goal is to create a global ice archive sanctuary in Antarctica. It has also run a similar expedition on Mont Blanc in the Alps and plans further trips to Russia and Nepal.

Hong Kong Sets Aside US $1 Billion For ‘National Security’ Fund
At least 4 dead as Myanmar police crack down on protests for the second day
Tokyo Olympics should have fans in stands: Tokyo 2020 president
10 people, including 3 children, injured after fire engulfs HDB flat in Whampoa
Japan cautious on global economy, urges support for poor nations