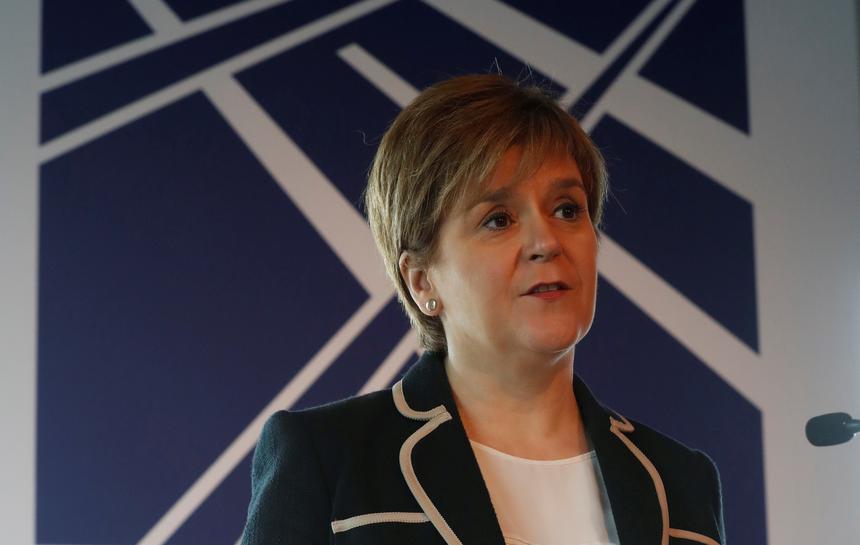 EDINBURGH (Reuters) – Scotland’s pro-independence First Minister Nicola Sturgeon said on Friday she wished her Scottish National Party (SNP) had chosen another name when it was founded because of the negative connotations of nationalism.

“The word (nationalism) is difficult,” she told an audience at the Edinburgh Book Festival.

“If I could turn the clock back 90 years to the establishment of my party and choose its name all over again, I wouldn’t choose the name it’s got just now, I would call it something other than that,” she said, according to the Festival bulletin.

“What those of us who support Scottish independence are all about could not be further removed from some of what you would recognise as nationalism in other parts of the world,” she said, speaking to Turkish writer Elif Shafak.

Shafak, who was accused of “insulting Turkishness” in her home country for her novel “The Bastard of Istanbul”, said the word nationalism had a negative connotation for her as she had seen its ugly and violent side.

Sturgeon leads the devolved government in Scotland, which has powers over education, health and, as of this year, a portion of taxes.

She has backed off on a commitment to hold another independence vote to potentially end three centuries of political and economic ties between England and Scotland, after the SNP lost seats in Britain’s June national election.

Scots rejected independence by a 10 point margin in 2014.

Sturgeon was critical of U.S. President Donald Trump, saying diplomatic silence was not appropriate following events in Charlottesville after he put part of the blame for violent clashes in the state of Virginia on those marching against gun-brandishing neo-Nazis.

She did, however, admit “a little bit of envy” as she watched U.S. President Donald Trump shout “fake news” at reporters earlier this week.

“I have fantasies”, she joked, “about doing that at press conferences.”