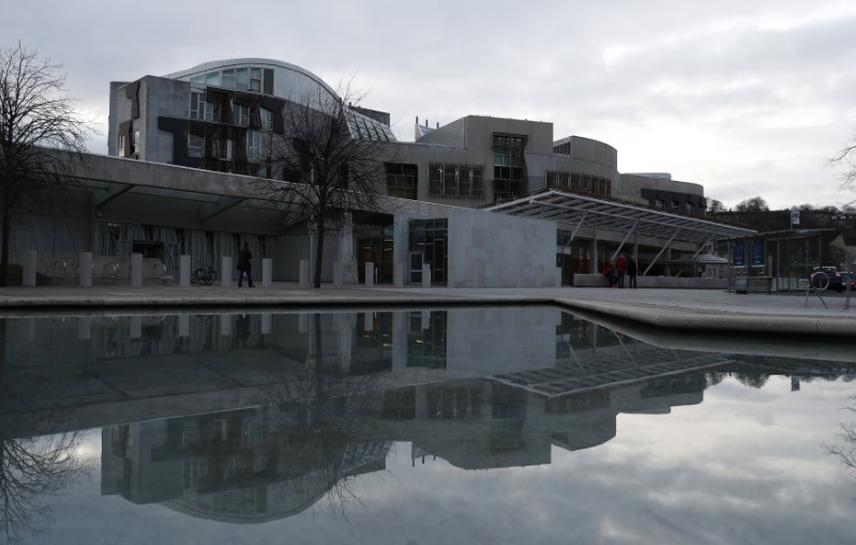 The Scottish Parliament is reflected in a pond in Holyrood Edinburgh, Scotland March 10, 2017. REUTERS/Russell Cheyne

“It’s a white powder incident, there were a couple of suspicious packages sent to a Tory (Conservative) MSP,” a source at the parliament told Reuters, using the acronym for Member of the Scottish parliament.

Business returned to normal after police gave the all-clear, the Scottish parliament said.

Known as Holyrood, the parliament building is located at the bottom of the Royal Mile, Edinburgh’s most famous thoroughfare which leads down from its historic castle to Queen Elizabeth’s Edinburgh residence, Holyrood Palace.

The parliament’s chief executive said only the building housing MSPs’ offices had been evacuated while the rest of the parliamentary campus was operating normally.

The parliament said later police inquiries had concluded there were no suspicious circumstances surrounding the incident and that no crime had been committed.