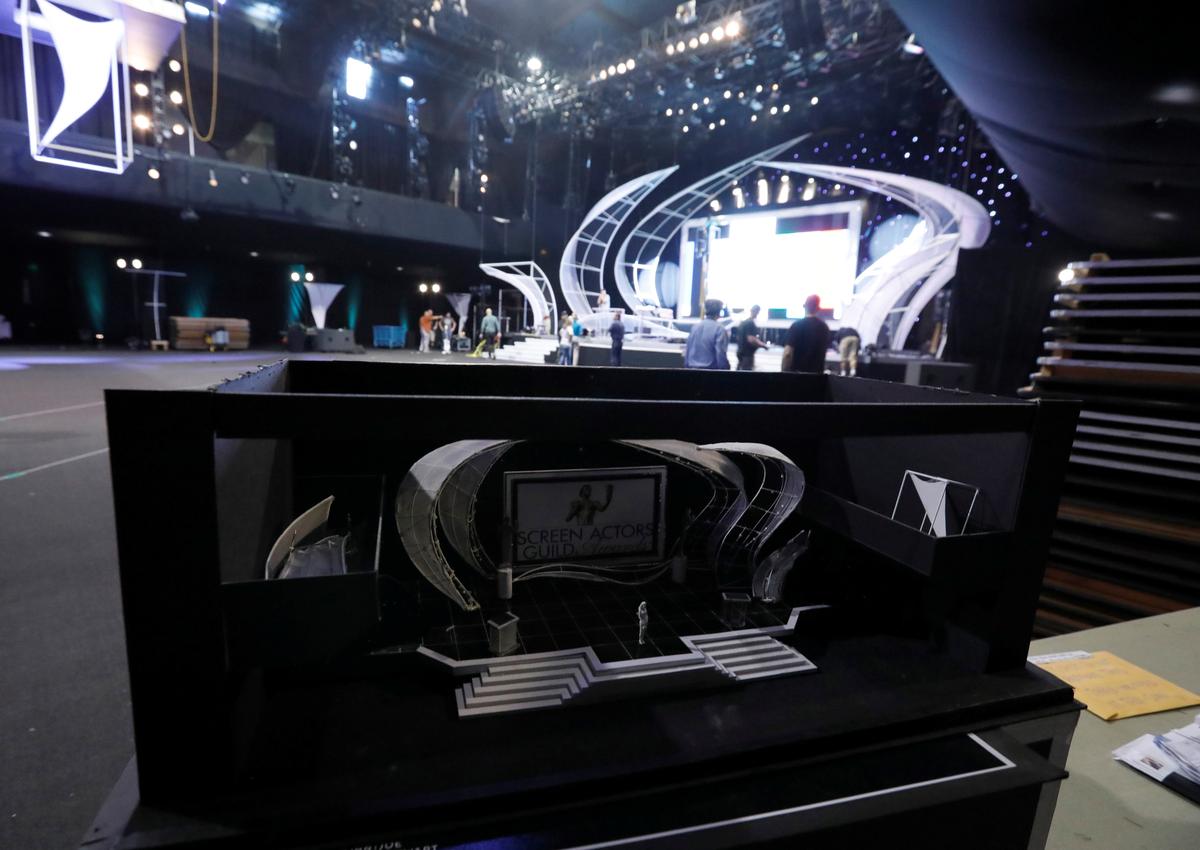 LOS ANGELES (Reuters) – Women and their stories are likely to dominate the Screen Actors Guild (SAG) awards on Sunday in the second big Hollywood ceremony this year that aims to transform the sexual misconduct scandal sweeping the United States into a celebration of female empowerment.

The annual show in Los Angeles, celebrating acting achievements in film and television, will be a female-powered affair, with women presenting all 13 of the awards.

The gala dinner will also be hosted by a woman – Kristen Bell, star of “The Good Place” TV comedy – and films by and about women are expected to fare well.

“We are acknowledging the year of the woman,” said Kathy Connell, executive director of the ceremony, which takes place a day after hundreds of thousands of women turned out for marches throughout the United States.

Accusations of sexual misconduct have forced dozens of powerful men in Hollywood and beyond to step down, be fired or dropped from creative projects.

James Franco and Aziz Ansari, both under the spotlight because of accusations of impropriety, were seen as front-runners for SAG awards two weeks ago, but it was not clear whether they will attend Sunday’s ceremony.

Franco, a best actor nominee for A24 studio’s indie cult comedy homage “The Disaster Artist,” has kept a low profile since he said allegations against him by five women were “not accurate.”

Ansari, thought to be a front-runner for his Netflix comedy series “Master of None,” made headlines after a woman described feeling violated following an awkward date last year. Ansari said he believed their sexual activity was consensual.

While women are not expected to turn out dressed in black en masse for the SAG awards, as they did at the Jan. 7 Golden Globes, many of the movies and TV shows up for honors have strong female points of view.

Fox Searchlight’s dark comedy “Three Billboards Outside Ebbing, Missouri,” about a furious woman seeking vengeance on male law enforcement officers for the rape and murder of her daughter, has a leading four nods, including the top prize of best cast ensemble.

Netflix’s World War Two racial drama “Mudbound,” directed and written by a woman, and starring Carey Mulligan and Mary J. Blige, is also in the mix.

The SAG awards are indicators of likely Oscar success because actors form the largest group of voters in the Academy of Motion Picture Arts and Sciences.