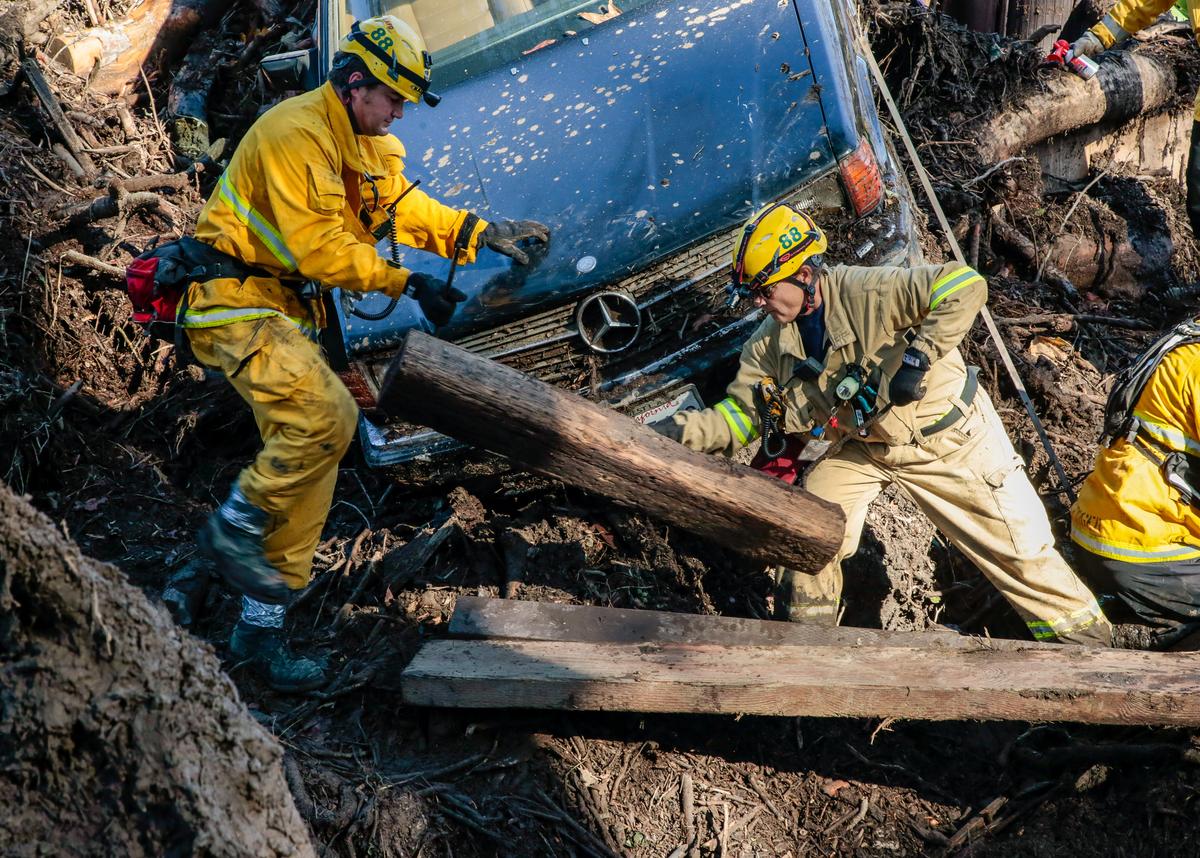 LOS ANGELES (Reuters) – The search for survivors of the deadly mudslides in parts of California’s scenic Santa Barbara County continued Sunday even as hopes dwindled to find anyone else alive, officials said.

“We’re still in rescue mode and we still hope to find someone alive, although the chances of that are becoming slim,” said Justin Cooper, a spokesperson for the multi-agency response team.

The death toll rose to 19 on Saturday and one person was found alive the same day as the hunt continued for five people who remain missing, Cooper said. They range in age from 2 to 62.

Another 900 emergency personnel arrived this weekend to join the relief effort conducted by more than 2,100 personnel from local, state and federal agencies, including the U.S. Coast Guard, the U.S. Navy and the American Red Cross.

The ramped-up rescue effort is in response to urgent requests for additional manpower made earlier in the week.

The disaster struck on Tuesday after heavy rains soaked the area near Montecito, north of Los Angeles, where vegetation had been denuded by the largest wildfire in California’s history.

Rescue workers scour through cars for missing persons after a mudslide in Montecito. REUTERS/Kyle Grillot

Sodden hillsides gave way, unleashing a torrent of mud, water, uprooted trees and boulders onto the valley below and killing victims aged from 3 to 89.

The destruction covered 30 square miles (78 square km), the California Department of Forestry and Fire Protection said, and forced the partial closure of one of California’s most celebrated coastal roads, Highway 101.

Officials ordered residents in most of the southeastern corner of Montecito, which is east of Santa Barbara, to leave their homes for what was likely to be one or two weeks.

Many fled to nearby Carpinteria, where local resident Tessa Nash said more than a few were communicating via a Facebook page called Carpinteria Swap, which is usually focused on the buying and selling of secondhand goods.

“We’re really joined together,” she said. “We’re affected here in Carpinteria in the sense that we’re taking these people in and a lot of people are out of work because they can’t travel. It’s a trickle-down effect.”