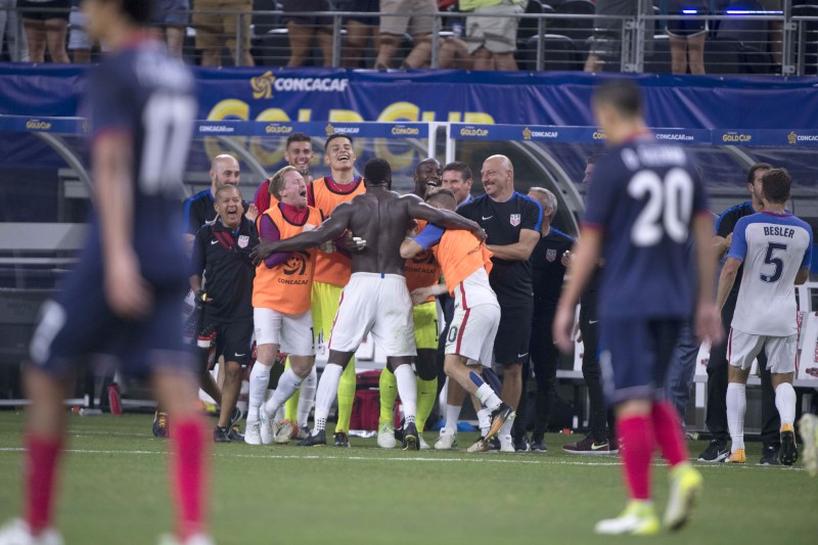 (Reuters) – The United States breezed into the final of the 2017 Gold Cup after second half goals from Jozy Altidore and Clint Dempsey secured the hosts’ 2-0 win over Costa Rica on Saturday.

Altidore broke the deadlock after 72 minutes when he clipped the ball past advancing keeper Patrick Pemberton following a lovely through ball from substitute Dempsey.

Dempsey himself got the second 10 minutes later with a sublime free-kick that curled low round the wall and inside Pemberton’s left-hand post.

It was Dempsey’s 57th goal for his country, taking him equal with Landon Donovan on the United States’ all-time leading goalscorers’ list.

The goals, however, were rare moments of excitement in what was a poor game, particularly for Costa Rica, who rarely troubled Tim Howard in the US goal.

U.S. forward Jordan Morris hit the post after 13 seconds but that was the highlight in a dire first half.

Both sides improved in the second period, but the home side were far hungrier, with Howard, Altidore and Dempsey, three players who joined the squad after the group games, proving key additions.

The win takes Bruce Arena’s run to 13 games without loss since taking over from Jurgen Klinsmann last November. They now face either Mexico or Jamaica, who meet in the second semi-final on Sunday, in next Wednesday’s final in Santa Clara, California.

The United States have won the tournament five times since it was first held in 1991.