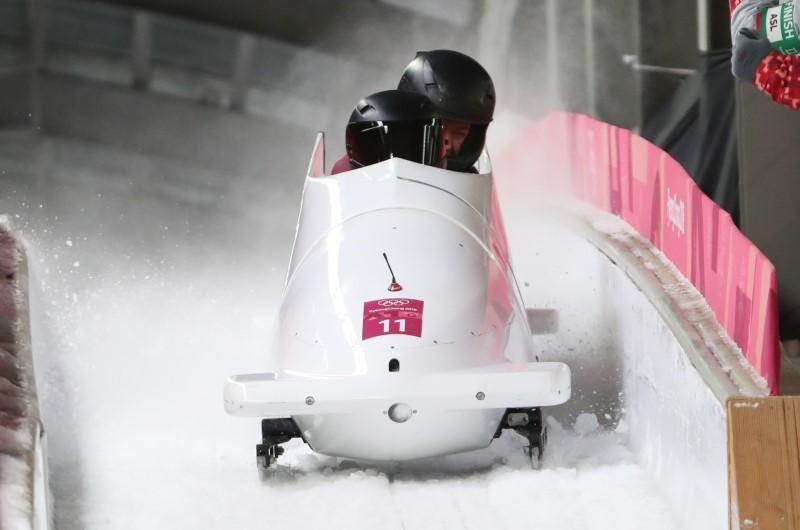 PYEONGCHANG, South Korea (Reuters) – A second Russian athlete has tested positive for a performance-enhancing drug at the Pyeongchang Winter Olympics, a major blow for the nation’s hopes of regaining its Olympic status and drawing a line under years of doping scandals.

Bobsledder Nadezhda Sergeeva tested positive for a heart drug on Feb. 18, five days after a previous doping test returned a negative result for her, the Russian bobsleigh federation said in a statement on Friday.

“On Feb. 13, her sample was clean. The team’s medical staff did not prescribe the drug to the athlete,” the federation said in a post on its official Facebook page.

“The Bobsleigh Federation of Russia and the athlete herself understand the extent of their responsibility and understand how what has happened can have an impact on the fate of the whole team.”

Earlier this week, Russian curling medalist Alexander Krushelnitsky agreed to hand back his mixed-team bronze medal after testing positive for meldonium, which can aid in endurance.

Krushelnitsky’s case shocked the Russian athletes, who are competing at the Games as neutral athletes as punishment over allegations that the sporting powerhouse ran a systematic, state-backed doping program. Moscow denies this.

But his case also raised doubts about whether the violation was intentional because meldonium would offer few benefits in curling, which does not involve intense physical exertion.

At that point, there were still Russian hopes that the International Olympic Committee (IOC) would go ahead and lift its suspension of Russia’s Olympic committee and allow them to march with the Russian flag at Sunday’s closing ceremony.

That prospect is now severely complicated by the second positive test of a Russian athlete. Russia now accounts for two out of four positive tests during the Games.

The IOC did not immediately respond to a request for comment.

Singapore economy ‘turning the corner’, but recovery still a long way to go: Chan Chun Sing
Chinese minister to visit South Korea amid hopes for Xi trip, North Korea talks
Commentary: How COVID-19 has forced employers to be more human – and rewards them in the process
Aksu Internment Camp Was Former Hospital, Raising Fears Uyghur Detainees Are Used in Organ Trade
In latest China jab, US drafts list of 89 firms with military ties