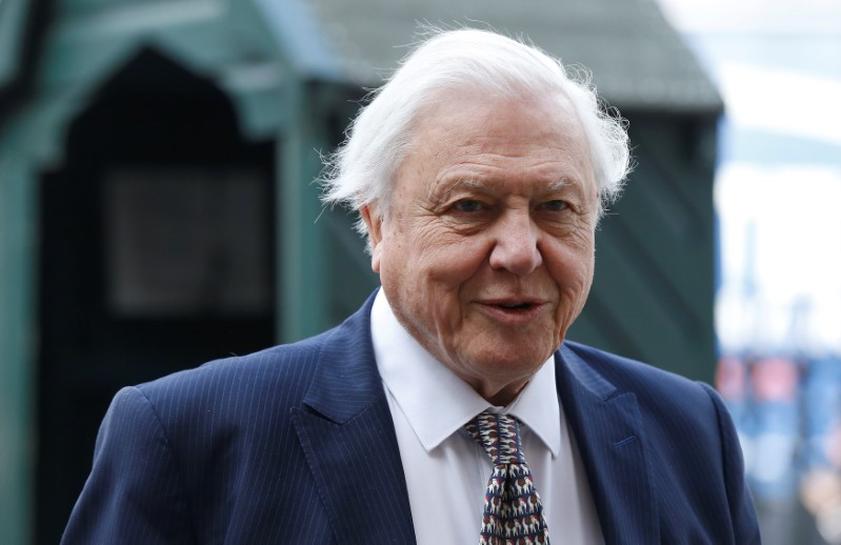 EDINBURGH (Reuters) – Did you hear the one about the British naturalist, the marmot, the grizzly bear and the South African poacher?

A one-man show at the Edinburgh Fringe, part of the world’s biggest arts festival, pokes family-friendly fun at a national institution, 91-year-old TV zoologist David Attenborough, who is famous for series such as The Blue Planet and Life on Earth.

Comedian Tom Neenan says the award-winning broadcaster, who since the 1950s has shared his love of nature with millions of viewers in Britain and around the world, is a perfect antidote to the cast of “villains” dominating public life.

In his show, Neenan, 31, plays Attenborough as an earnest young man in a safari jacket, seeking his big career break via a quest for a mythical creature, the sasquatch, or bigfoot.

Neenan, who has worked mostly for the BBC as a comedy writer, was inspired in a roundabout way by the political maelstrom unleashed by Britain’s vote to leave the European Union and Donald Trump’s election to the U.S. presidency.

Tom Neenan poses for a photograph before his show Attenborough at the Fringe in Edinburgh, Scotland, Britain, August 10, 2017.Russell Cheyne

“A lot of people around me were mired in villains of the time,” he told Reuters. “I was trying not to wallow in all the negativity that was around by beaming in on what was the most joyous thing I could think of. And it was him as a young man becoming the Attenborough we know.”

On his travels, the young Attenborough of the show meets a host of comic characters and ribs a couple of British institutions such as the BBC itself, with a marmot and a dose of scatological humor thrown in for good measure.

Tom Neenan poses for a photograph before his show Attenborough at the Fringe in Edinburgh, Scotland, Britain, August 10, 2017.Russell Cheyne

Attenborough’s long list of achievements includes the commissioning of the ground-breaking program “Monty Python’s Flying Circus” in the 1960s, so Neenan felt a humorous homage was entirely appropriate.

“(Attenborough) has had so many jobs and done so many things that doing a slightly absurdist show about him doesn’t feel out of place,” Neenan said, who wears heavy-rimmed spectacles and adopts Attenborough’s distinctively earnest style.

The real Attenborough, due to come to Edinburgh for a TV festival at the end of the month, is invited to a performance. But Neenan says he will be nervous if the great man turns up.

“One of the reasons not to invite him is that the venue gets so hot … if he can come, he’d be completely within his rights to fall asleep — but I’d be devastated.”

Singapore advises citizens to consider leaving Myanmar as soon as they can
‘I Didn’t Expect These Students to Behave in Such a Frenzied Way’
Row over who represents coup-hit Myanmar at UN
Commentary: As Big Hit searches for the next big thing, are there too many K-pop groups?
This man can read and write 30 ancient Indonesian scripts, some as old as 500 years