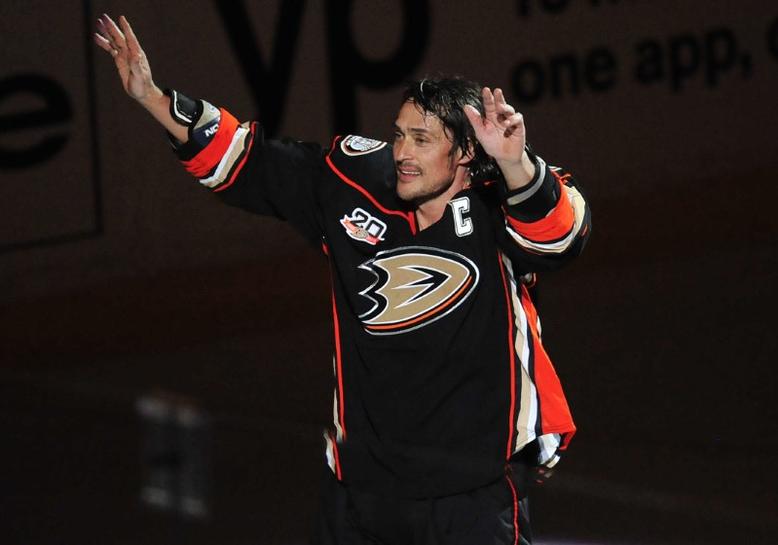 TORONTO Teemu Selanne, who led the Anaheim Ducks to a Stanley Cup and is the Olympics’ all-time leading scorer, headlined the Hockey Hall of Fame class of 2017 announced on Monday.

Also getting the call were Paul Kariya, Dave Andreychuk, Mark Recchi and Danielle Goyette, who becomes the fifth woman inducted into the hockey shrine.

Selanne takes his place in the Hall on his first year of eligibility.

The Finn announced his arrival in the National Hockey League with an explosive rookie campaign with the Winnipeg Jets scoring 76 goals which is still a record for first-year players.

A cornerstone of the Finnish national team, Selanne won four Olympic medals (one silver, three bronze) and is the Winter Games all-time leading scorer with 43 points.

“To be honest I was a little bit waiting for the phone call today,” said Selanne in an interview with the sports television network TSN. “I was home, I was checking the phone just to make sure I don’t miss any phone calls.

“When I was a little boy growing up here in Finland, if someone had told me I was going to be in the Hockey Hall of Fame one day it would be really, really hard to believe that.”

Kariya, who spent part of his career as a team mate of Selanne’s in Anaheim, scored 402 goals and had 989 points in 989 games in a career that was cut short by concussions.

Andreychuk played 23 seasons, scoring 640 goals and 1,338 points in 1,639 games and capped his career by winning a Stanley Cup with the Tampa Bay Lightning.

(Reporting by Steve Keating in Toronto. Editing by Larry Fine)

CNB seizes drugs worth more than S$2.3 million; 16kg of heroin is largest haul since 2001
Commentary: Why many under 45 are hoping vaccination slots open in June
Surviving recession: I lost my shop after 16 years. But my fashion business isn’t dead yet
Commentary: It’s too early to slow down the Chinese economy
South Korea’s president replaces PM, Cabinet ministers after local election defeat