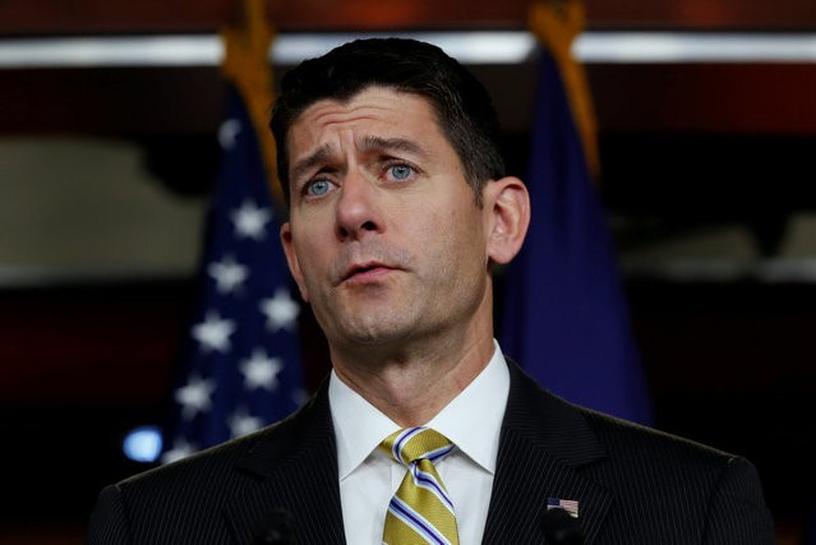 WASHINGTON (Reuters) – Senate Republicans embarked on Thursday on another push to unravel Obamacare, working on a stripped-down bill after failing to pass broader legislation and complete a seven-year campaign to gut a law that extended health coverage to millions.

Senate Majority Leader Mitch McConnell and the other Republican leaders had still not unveiled the contents of this bare-bones legislation ahead of an expected marathon succession of votes that promises to drag into Friday morning.

The skinny bill is expected to eliminate requirements under the 2010 Affordable Care Act that individuals obtain health insurance or face a fine and that businesses with more than 50 employees provide medical coverage, and to abolish a tax on medical device manufacturers.

“I urge everyone to keep working hard so we can get this over the finish line,” McConnell said on the Senate floor.

“The moment before us is one that many of us have waited for and talked about for a very long time,” he added.

Republican senators were expected to hammer out provisions of the measure during a policy lunch on Thursday, giving lawmakers scant hours to digest its provisions before voting. Republican leaders have been sending pieces of the legislation to the non-partisan Congressional Budget Office to assess its impact and determine whether it complies with Senate rules.

The House of Representatives passed its own broad healthcare overhaul bill in May. Senator Lamar Alexander said the skinny bill itself “is not a solution” to resolving what he sees as the problems with Obamacare. But he urged fellow Republican senators to pass it in order to set up a committee of House and Senate lawmakers to meld the two competing versions into a single comprehensive bill that would be wider in scope than the skinny bill.

“We’re on a path to a solution,” Alexander said on the Senate floor.

President Donald Trump, who has expressed exasperation that Congress has not yet sent him a healthcare bill even with his party controlling the White House and both chambers of Congress, weighed in again early on Thursday.

“Come on Republican Senators, you can do it on Healthcare. After 7 years, this is your chance to shine! Don’t let the American people down!” Trump wrote on Twitter.

The Senate was set to embark later on Thursday on a so-called vote-a-rama, a by-product of the special process under which the bill was brought up that avoids the need to win 60 votes in the 100-seat chamber for passage. This entails a rolling series of votes that would potentially involve scores of time-consuming amendments that can be offered by any senator.

Republicans then hope to move to a straight yes-or-no vote on a healthcare bill some time on Friday.

Democratic Senator Jeff Merkley said he planned to offer more than 100 amendments to try to disrupt the Republican quest.

Top Senate Democrat Chuck Schumer blasted the skinny plan, citing estimates from the non-partisan Congressional Budget Office that it would result in 16 million Americans losing health insurance over a decade and raise insurance premiums by 20 percent in January.

The biggest health insurer lobby, America’s Health Insurance Plans, sent a letter to McConnell reiterating that uncertainty over the healthcare system would drive premium rates higher for 2018. Insurers’ final rates for plans offered through Obamacare are due to be submitted to the government in mid-August, and without a government commitment to pay certain subsidies, insurers would be forced to raise premium rates another 20 percent, the group wrote.

Republicans control the Senate by a 52-48 margin. They can afford to lose only two Republican votes to secure passage, with Vice President Mike Pence casting a tie-breaking vote.

Trump and many other Republicans campaigned last year on a pledge to repeal and replace what they view as a failing law that constitutes government intrusion into people’s healthcare decisions. Democrats noted that Obamacare has extended health insurance to 20 million Americans.

Republicans have faced an internal rift over how to replace Obamacare, with hard-line conservatives seeking a bill that thoroughly scraps it and moderates unwilling to support measures that could strip tens of millions of people of their health insurance.

The Republicans planned a bit of political gamesmanship that appeared intended to embarrass liberal Democrats who have long advocated a so-called single-payer government-run healthcare system. Obamacare fell well short of providing that.

McConnell said the Senate would vote on a plan offered by Republican Steve Daines to create a single-payer arrangement even though Daines and other Republicans oppose such a system. McConnell said that “we’ll find out what support it enjoys” among Democrats.

The Senate voted 55-45 on Wednesday against a simple repeal of Obamacare that would have provided a two-year delay so Congress could work out a replacement plan. Seven Republicans opposed the bill. On Tuesday, senators rejected the broad repeal-and-replace plan Republicans had worked on since May.