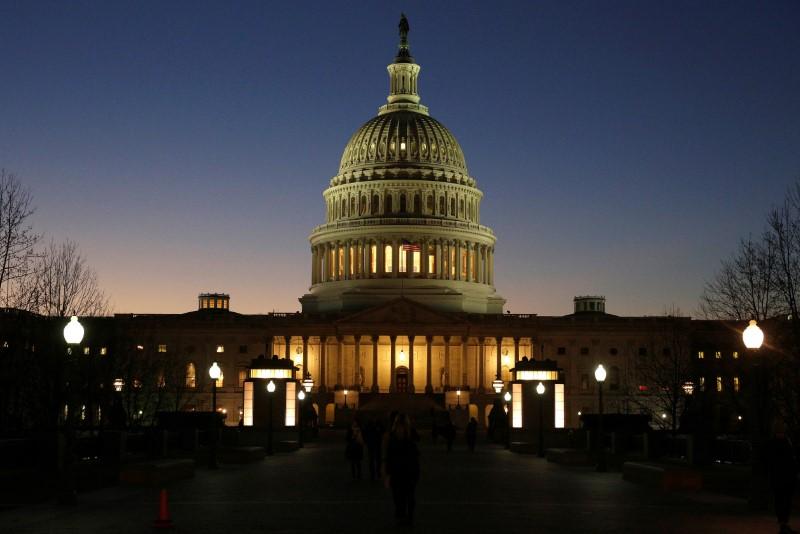 WASHINGTON (Reuters) – The U.S. Senate on Wednesday passed a bill promoting closer U.S. ties with Taiwan, which China has warned could threaten stability in the Taiwan Strait, but drew praise from the self-ruled island which pledged to deepen cooperation.

Beijing considers democratic Taiwan to be a wayward province and integral part of “one China”, ineligible for state-to-state relations, and has never renounced the use of force to bring the island under its control.

The Senate passed the Taiwan Travel Act by unanimous consent. It passed the House of Representatives in January, also without opposition. The legislation only needs President Donald Trump’s signature to become law.

The bill says it should be U.S. policy to allow officials at all levels to travel to Taiwan to meet their Taiwanese counterparts, permit high-level Taiwanese officials to enter the United States “under respectful conditions” and meet with U.S. officials, and encourage Taiwanese economic and cultural representatives to conduct business in the United States.

White House officials did not immediately respond when asked if Trump planned to sign the legislation. It would be unusual for a president to veto a measure that passed unanimously.

China’s Foreign Ministry did not immediately respond to a request for comment on the Senate’s passing of the bill.

Taiwan’s Foreign Ministry thanked the United States for the unanimous support for the bill and for the U.S. government’s increasingly friendly and open attitude towards Taiwan.

“The Foreign Ministry will keep developing an even more substantive cooperative relationship with the United States, to promote both sides’ joint values and mutually-beneficial interests,” it said.

The United States has no formal ties with Taiwan but is bound by law to help it defend itself and is the island’s main source of arms. China regularly says Taiwan is the most sensitive issue in its ties with Washington.

China has become increasingly hostile to Taiwan since the election as president of Tsai Ing-wen from the pro-independence Democratic Progressive Party in 2016.

China suspects Tsai wants to push for formal independence, a red line for Communist Party leaders in Beijing, though she has said she wants to maintain the status quo and is committed to ensuring peace.

Reporting by Patricia ZengerleAdditional reporting by Yimou Lee in TAIPEI and Ben Blanchard in BEIJING, Editing by Cynthia Osterman and Michael Perry