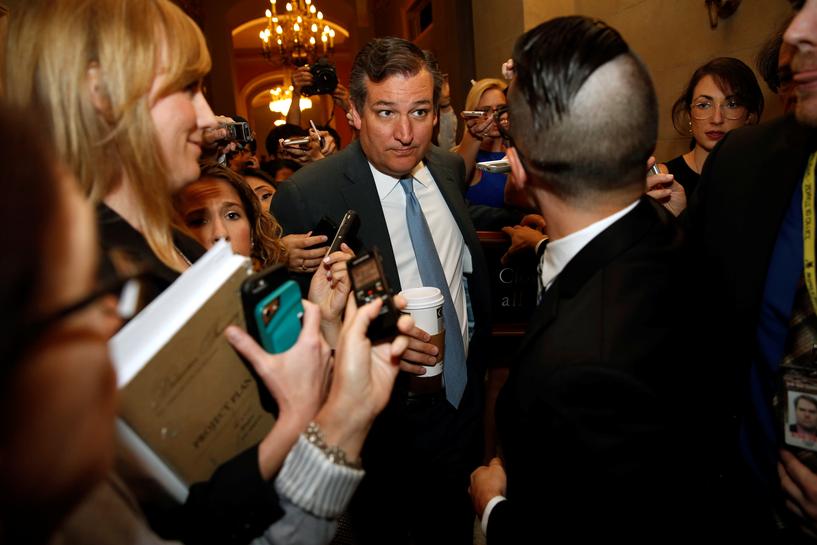 WASHINGTON (Reuters) – As their seven-year effort to repeal and replace Obamacare derailed in the U.S. Senate, Republicans faced the prospect of doing the once unthinkable: working with Democrats to make fixes to former President Barack Obama’s 2010 healthcare law.

Bipartisan breakthroughs would likely come in the form of individual bills targeted at issues such as stabilizing insurance markets or lowering prescription drug costs. A wholesale overhaul of healthcare, senators say, is a bridge too far for the two parties, locked for years in an ideological battle on that issue and many others.

Democrats, clearly delighted with the turn of events, welcomed the Republicans’ failure to replace Obamacare as an opportunity to work together. Republicans conceded their other options may be exhausted.

“This is our moment, we have been waiting for this moment for months and months and in fact for years,” Democratic Senator Amy Klobuchar said at a Tuesday news conference.

Democrats are united in opposing repeal of the Affordable Care Act, popularly known as Obamacare, which boosted the number of Americans with health insurance through mandates on individuals and employers, and income-based subsidies.

The No. 2 Senate Republican, John Cornyn, told reporters it was “unfortunate” that he expected bipartisan talks to begin.

“Democrats are strongly committed to Obamacare and are unwilling to admit structural problems, which create the problems we are having in the individual market today,” Cornyn said. “But we’ll do the best we can with the hand we’ve been dealt.”

President Donald Trump invited all Republican senators to have lunch at the White House on Wednesday to discuss healthcare and other priorities, an administration official said, adding without elaboration: “There is movement on healthcare.”

Repealing and replacing Obama’s signature healthcare law was a top campaign promise for Trump and Republicans in Congress, who say it is a costly intrusion into the healthcare system.

Senate Majority Leader Mitch McConnell, working for the first time on major legislation with Republican control of both chambers of Congress and the White House, conceded on Monday night that there was not enough Republican consensus around his revised bill to replace Obamacare. He said he would instead hold a straight repeal vote sometime next week.

But at least three Republican senators have already said they oppose repealing Obamacare without an agreement on replacement legislation, likely dooming its prospects. McConnell can only lose two votes from his 52-seat majority in the 100-seat Senate to pass healthcare legislation.

Senate Republicans passed a straight repeal bill two years ago, but Obama vetoed it. The upcoming repeal vote will include a two-year delay, McConnell said.

That would “give us an opportunity to build something better on a bipartisan basis, that’s what I sense most of our members would like to vote on now, and we’ll be doing that in the near future,” McConnell told a news conference on Tuesday.

An initial hurdle in coming weeks will be shoring up faltering state insurance markets by ensuring that insurers keep receiving subsidies that help lower the cost of insurance for low-income individuals.

The Trump administration will continue making the subsidy payments through August while a related Republican lawsuit is pending. The uncertainty beyond that has rattled insurers.

Republican senators have acknowledged the need to address the unstable markets but resisted Democratic calls to fund the subsidies without accompanying reforms, calling it a “bailout” for insurance companies.

Funding for the Children’s Health Insurance Program, a part of the Medicaid government health insurance program for the poor and disabled, known as CHIP, expires on Sept. 30 and will require reauthorization.

Bills to address the subsidy payments and CHIP would likely require 60 votes for passage, acting as a barometer of how inclined Republicans and Democrats are to work together, industry lobbyists and experts said.

Trump suggested on Tuesday that Republicans should allow the insurance markets to fail before working with Democrats. But Republican Senator Lamar Alexander, the head of the Senate Committee on Health, Labor and Pensions, said he would begin holding hearings on the issue in the next few weeks.

Senator Patty Murray, the top Democrat on the panel, said it would be “very smart” for lawmakers to work together to stabilize the markets by funding the subsidies.

“It would send a very strong message to the market, if Congress passes a bill. … I think that would do a lot to create some stabilization that is much needed,” Murray told Reuters.