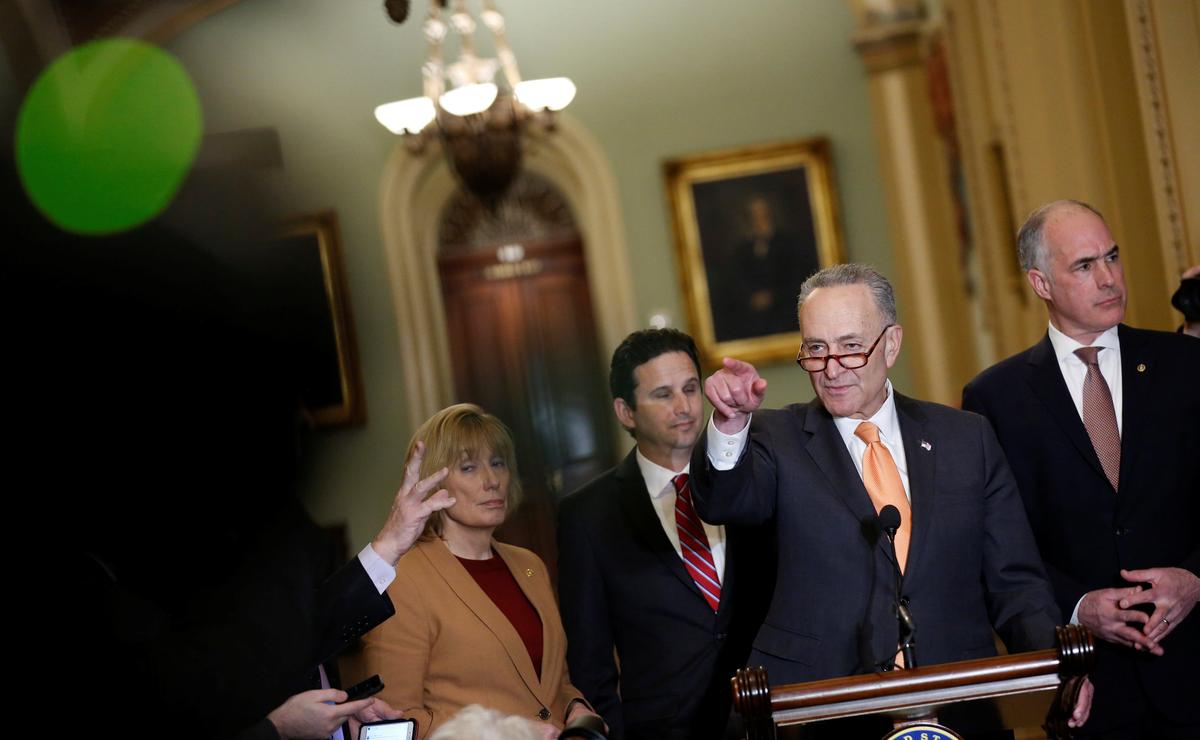 WASHINGTON (Reuters) – U.S. Senate negotiators rushed on Wednesday to forge a two-year budget plan that would ease Washington’s spending brinkmanship, even as President Donald Trump backed a government shutdown if it does not include his demands on immigration.

Senate Republican Majority Leader Mitch McConnell and Senate Democratic leader Chuck Schumer said they were making progress on an agreement to fund the government after the U.S. House of Representatives passed its own budget bill on Tuesday.

The Senate was expected to take up the House legislation as Congress raced to get a finished bill for Trump to sign into law before government funding runs out on Thursday.

On Tuesday, Schumer said the emerging Senate deal would increase funding for domestic programs like drug treatment and broadband infrastructure that Democrats want, as well as a military spending increase sought by Republicans.

The Senate’s version would then go to the House for additional action. The House measure extends funding until March 23, while the Senate’s more sweeping deal would fund the government for two years.

Lawmakers have largely separated the current funding fight from the debate over immigration after the issue derailed budget talks last month and led to a three-day government shutdown.

But Trump on Wednesday threatened to upend budget talks by insisting that any spending package include changes to immigration laws. The White House later said it did not expect specifics on immigration in the budget bill.

While markets have become accustomed to the ongoing government shutdown threat, Wall Street was on edge on Wednesday morning over separate political wrangling over the debt ceiling.

Congress must raise the federal debt ceiling or face defaulting on the government’s bills, and several Republican lawmakers said the matter would be part of Senate budget talks. The U.S. Treasury is expected to run out of borrowing options by late March.

The Senate budget deal was likely to extend the debt ceiling until after November’s congressional elections, Politico reported. It could also include another $100 billion in spending for disaster relief after last year’s hurricanes and wildfires, and extended tax provisions, according to Politico.

Republican U.S. Representative Mark Meadows, head of the party’s conservative Freedom Caucus, said his group would fight a Senate deal with excessive spending but acknowledged that a bipartisan deal could still pass.

“I‘m afraid the numbers will get so high and that the debt ceiling will get added and it will be a Christmas deal of spending,” he told MSNBC. “A lot of votes would be bought.”