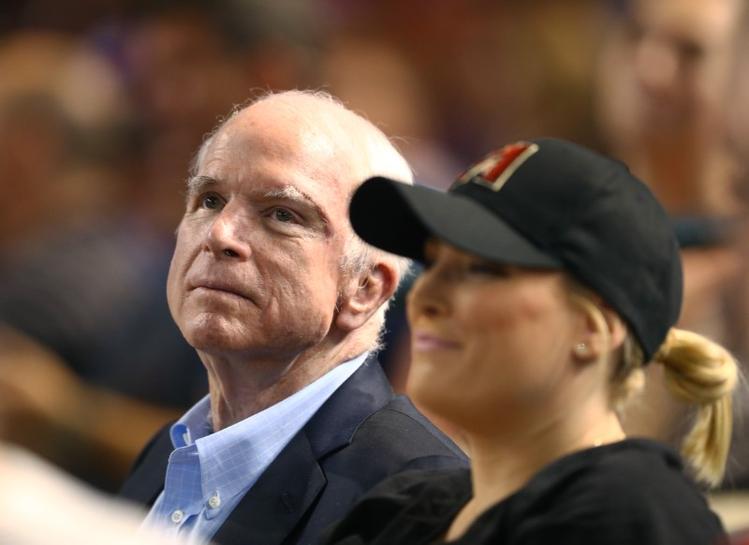 (Reuters) – U.S. Senator John McCain, the 2008 Republican presidential nominee who was diagnosed with brain cancer in July, has completed his first round of radiation and chemotherapy, his daughter said on Friday.

“His resilience & strength is incredible,” Meghan McCain, who is a host on the Fox News program “Outnumbered,” wrote on Twitter about her father. “Fight goes on, here’s to small wins.”

McCain, 80, who is known for his political independence during three decades in the Senate representing Arizona, was found to have an aggressive form of brain tumor, glioblastoma, after surgery in July for a blood clot above his left eye.

Doctors have said his treatment options include a combination of chemotherapy and radiation.

McCain has said that he would receive treatment in Arizona.

Last month, McCain cast the deciding “no” vote on the Senate floor against a bill to repeal key elements of the healthcare law known as Obamacare. With that vote, the bill was defeated, 51-49, dealing President Donald Trump and Senate majority leader Mitch McConnell a crushing political setback.

McCain, the son and grandson of admirals, was a U.S. Navy pilot whose plane was shot down over Vietnam in 1967. He spent more than five years as a prisoner of war in North Vietnam and was tortured repeatedly.