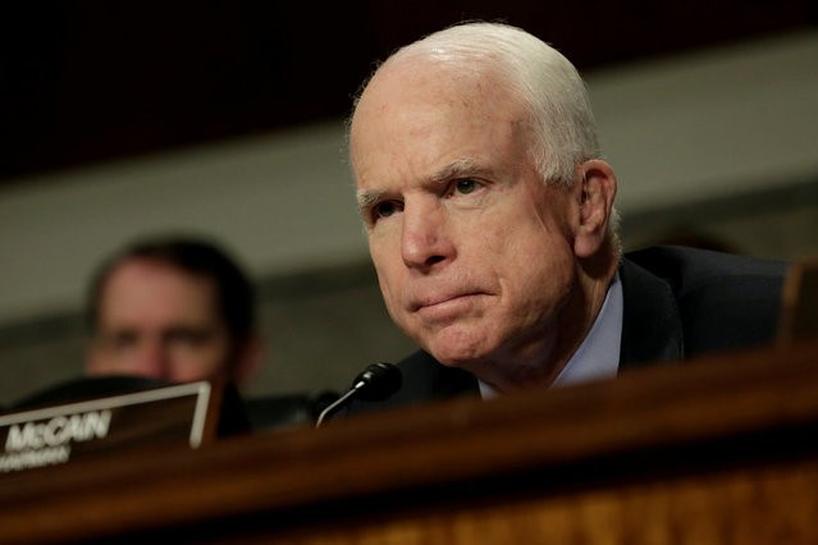 (Reuters) – U.S. Senator John McCain, who was diagnosed with brain cancer, went on a hike with his daughter on Saturday, according to a tweet from Meghan McCain.

“Amazing hike with Dad @SenJohnMcCain this morning. Thank you all for your best wishes!,” the senator’s daughter said in a tweet that included a picture showing the backs of two unidentified people sitting on a bench overlooking countryside resembling the senator’s home state of Arizona.

McCain, 80, a veteran senator and former Republican presidential candidate known as a strong and sometimes fiercely independent voice on defense and security issues, was found to have an aggressive form of brain tumor, glioblastoma, after surgery last week for a blood clot above his left eye.

He has been recovering at his Arizona home since his initial surgery at the Mayo Clinic in Phoenix last week. It was not immediately clear when he would return to Washington.

McCain’s doctors said he was recovering from surgery well, and praised his underlying health as excellent. His doctors told CNN on Wednesday that he had no sign of neurological impairment before or during his surgery. Treatment options include a combination of chemotherapy and radiation.