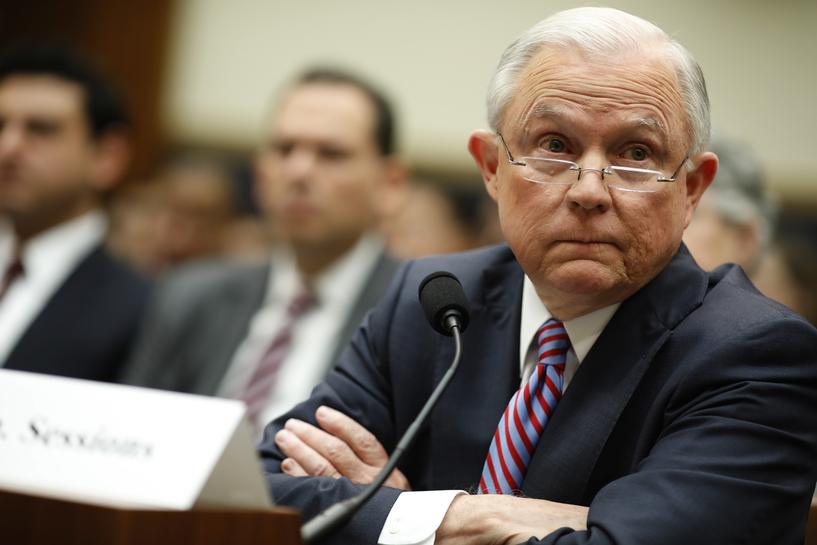 WASHINGTON (Reuters) – U.S. Attorney General Jeff Sessions said on Tuesday he now recalls a meeting with then-candidate Donald Trump and aides where campaign connections to Russia were discussed, despite earlier testifying that he was unaware of any such contacts.

Sessions, addressing the House Judiciary Committee, said he recalled the March 2016 meeting where foreign policy advisor George Papadopoulos was present, “But I have no clear recollection of the details of what he said during that meeting.”

Papadopoulos, who pled guilty to lying to the FBI about his contacts with Russia, told the Trump campaign meeting that he had connections with Moscow and could help arrange a meeting between Trump and Russian President Vladimir Putin, according to court documents.

Sessions had said during his January Senate confirmation hearing that he was unaware of communications between the campaign and Russia.

In another Senate hearing last month, Sessions testified he had no improper involvement with Russians and was not aware of anyone else from the campaign who did.

Accusations of collusion with Russia during the election campaign have dogged Trump’s first 10 months in office, setting off an investigation by Special Counsel Robert Mueller and several congressional probes.

U.S. intelligence agencies have concluded that Moscow meddled in the 2016 election to help Republican Trump’s campaign.

The Kremlin denies that and Trump says there was no collusion between his campaign and Russian officials.

Sessions, who faced tough questioning from committee Democrats on Tuesday, vigorously denied lying to Congress about contacts with Russia.

“I will not accept, and reject accusations that I have ever lied under oath. That is a lie,” he said.

During the March 2016 meeting, Sessions shut down Papadopoulos’ idea of engaging with Russian contacts, according to a source familiar with the matter.

Sessions said he now recalled that exchange with Papadopoulos.

“After reading his account, and to the best of my recollection, I believe that I wanted to make clear to him that he was not authorized to represent the campaign with the Russian government, or any other foreign government, for that matter,” Sessions said on Tuesday.

After the meeting, Sessions said, he did not have “any further knowledge” of additional contacts between the campaign and Russian officials.

Sessions also said he did not challenge a statement by another campaign foreign policy adviser, Carter Page, that he told Sessions in a brief encounter that he was about to leave for Moscow. But he said he had no memory of that conversation.

The attorney general confirmed that he has asked senior federal prosecutors to look into a host of issues involving former secretary of state and Trump’s election rival, Democrat Hillary Clinton, including the sale of a uranium company to Russia.

Trump and congressional Republicans have been demanding the appointment of another special counsel to look into that issue. Democrats say five congressional committees have looked into the issue and found nothing improper.