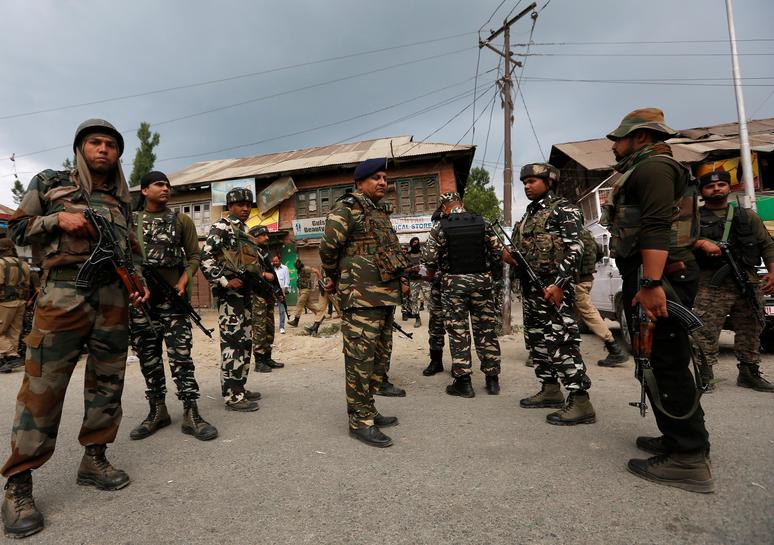 SRINAGAR,India Seven Hindu pilgrims, most of them women, were killed in a gunbattle that erupted in Indian Kashmir on Monday following two militant attacks on police, stoking outrage and protests nationwide.

The pilgrims were on their way back from the Amarnath shrine deep in the Himalayas when their bus got caught up in the crossfire near the town of Anantnag, police said.

Twelve pilgrims were wounded in the fighting triggered after the militants attacked a police bunker and another police party at a checkpoint.

In the Hindu-dominated Jammu region of the Indian state, saffron-clad members of the right-wing Bajrang Dal group stopped cars to enforce a strike in memory of the pilgrims.

Protests also took place in the country’s financial capital of Mumbai and the industrial city of Ahmedabad in the west.

“Pained beyond words on the dastardly attack on peaceful Amarnath pilgrims in Jammu and Kashmir,” Modi said on social network Twitter.

“The attack deserves strongest condemnation from everyone,” he added, saying he had spoken to the state’s governor and chief minister to assure them of all possible help.

Hundreds of thousands of Hindus visit the Amarnath cave, 12,000 feet (3,658 m) above sea level in the picturesque Lidder Valley, in the months of July and August every year.

Pilgrims trek through treacherous mountain passes to the shrine, where devotees worship a phallus-shaped ice stalagmite seen as a symbol of Lord Shiva, the Hindu god of destruction.

But the militant group rejected the allegation, calling the attack “reprehensible”, and accusing India of trying to sabotage the freedom struggle of the Kashmiris.

“The annual Amarnath yatra has been going on peacefully for centuries and is part of our yearly rhythm and will remain so.”

Militants battling Indian rule in Kashmir have largely spared the pilgrimage, even during the most violent phases of their 28-year armed revolt.

About 150,000 pilgrims have already completed the journey to Amarnath and tens of thousands more are expected to do so by the time it ends in late August.

India has been struggling to restore normality in Muslim-majority Kashmir, which both India and Pakistan claim in full but rule in part.

India accuses Pakistan of pushing in militants from its part of Kashmir to carry out attacks, a charge denied by Islamabad.