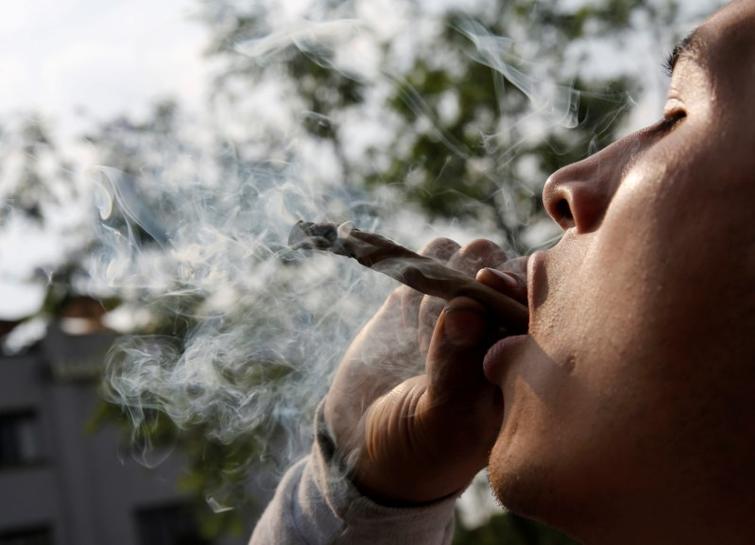 NEW YORK (Reuters) – Where there is smoke, there tends to be fire, say medical researchers who found frequent marijuana users have about 20 percent more sex than those who abstain.

Stanford University School of Medicine researchers unveiled the link between marijuana and the frequency of sexual intercourse in a study published on Friday in the Journal of Sexual Medicine.

Researchers in California reached their conclusions after a retrospective analysis of data on 50,000 Americans ages 25 to 45, compiled from 2002 to 2015 by the National Survey of Family Growth. The federal Centers for Disease Control and Prevention sponsors the survey.

Respondents were asked how many times they have had heterosexual intercourse in the past four weeks and how frequently they have smoked marijuana over the past 12 months, Stanford researchers said in a press release.

Women who were daily pot users had sex an average of 7.1 times during the previous four weeks, compared with 6.0 times reported by those who denied using marijuana in the past year. For men, daily users reported 6.9 times compared with 5.6 for non-users.

“In other words, pot users are having about 20 percent more sex than pot abstainers,” said the study’s senior author, Dr. Michael Eisenberg, assistant professor of urology at Stamford.

Given that the average couple has sex about once a week, Eisenberg said, the bottom line for partaking in a bong or blunt could add up to 20 more instances of sexual intercourse each year.

FILE PHOTO: A participant smokes a marijuana joint during the Global Marijuana March 2017, in support of the legalization of marijuana in Mexico City, Mexico, May 6, 2017. REUTERS/Henry Romero/File Photo

“I think if you asked a man or a woman, 20 more times to have sex over a year, that would seem like a lot,” Eisenberg said.

It used to be thought that couples mostly smoked after sex, but Eisenberg said his findings show the opposite is true for “all races, ages, education levels, income groups and religions, every health status, whether they were married or single and whether or not they had kids.”

Marijuana is legal for medical or recreational adult use in 29 states and the District of Columbia, said spokesman Morgan Fox of the Marijuana Policy Project.

A record percentage of Americans – 64 percent – now believe adult use of the drug should be legal, according to a Gallup poll published this week.

Eisenberg cautioned the study should not be misinterpreted as having proven a causal link.

“It doesn’t say if you smoke more marijuana, you’ll have more sex,” he said.

Still, for many, research in the name of science may never be so fun.