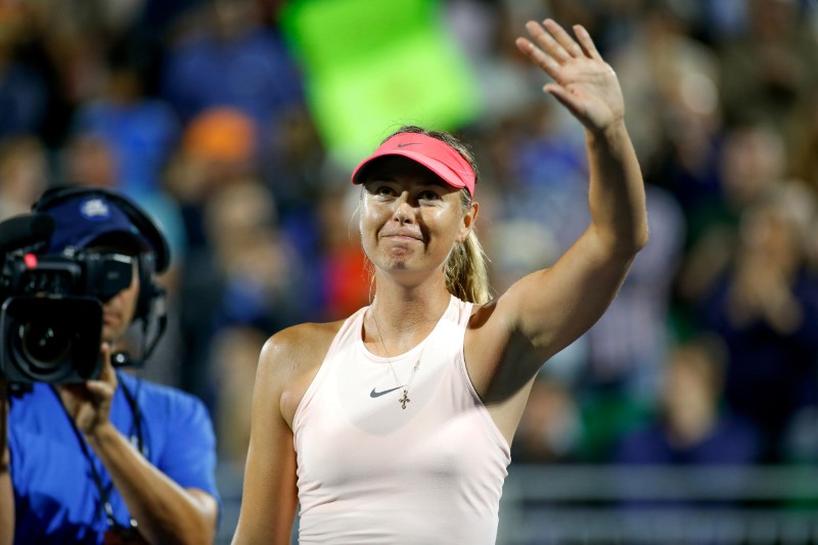 (Reuters) – Maria Sharapova shook off some rust after injury and a 15-month doping ban to beat Jennifer Brady in her first match in the United States in more than two years on Monday at the Stanford Classic.

The five-times grand slam champion, who returned to tennis in April after being banned for testing positive for meldonium, suffered a thigh injury at the Italian Open in May and struggled to put away Brady before she advanced with a 6-1 4-6 6-0 win.

“I feel like I just want to hug everyone and say thank you,” Sharapova told an on-court interview after her triumph as a tournament wildcard.

“It’s my first match in the States in a really long time, and it’s the closest thing to home for me. The welcome has been incredible and finally playing so close to home was really special.”

Sharapova was pushed by Brady who forced several long games during the match.

In the opening set, Sharapova saved three break points in the sixth game but managed to hold to take a 5-1 lead before she sealed the set in the next game.

Brady rebounded when she raced away to a 3-0 lead in the second set, before Sharapova regrouped to run away with the match in the third to set up a clash with seventh seed Lesia Tsurenko, who beat Lara Arruabarrena-Vecino 6-3 6-3.

“I had a bit of a letdown but that’s the way it is,” Sharapova said of her loss of the second set.

“I feel like I face a lot of things: not competing for a long time, (and) an opponent who’s able to play some great tennis.”

“All that matters is that I keep playing. The more I play, the better I’ll do. That’s the goal.”