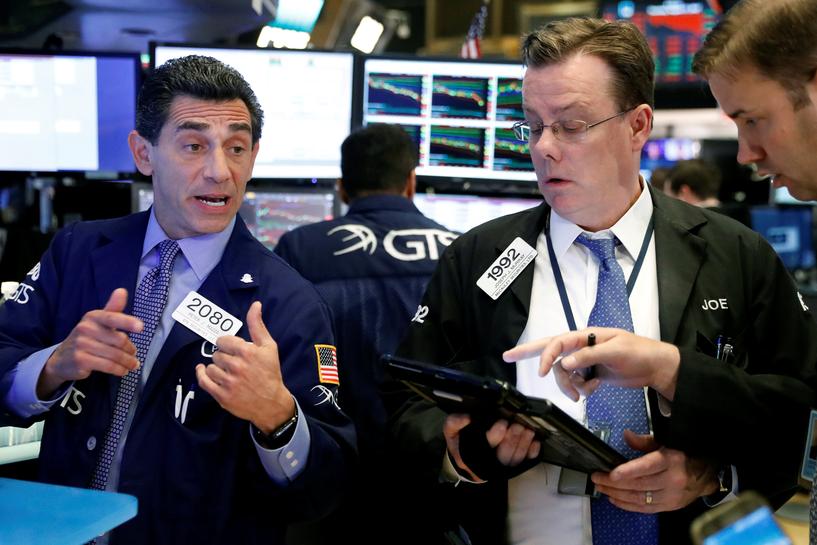 SAN FRANCISCO (Reuters) – Investors worried about lofty stock-market valuations may take comfort in signs that companies in the benchmark S&P 500 index are padding their bottomlines less than they have in previous years.

Recent changes to accounting standards and a crackdown last year by the Securities Exchange Commission are encouraging many companies to be more cautious about reporting metrics that do not adhere to Generally Accepted Accounting Principles (GAAP).

The difference between S&P 500 companies’ GAAP net incomes and the adjusted versions of net income that they play up to Wall Street is expected to significantly shrink in 2017 for a second year, after hitting a high in 2015, according to a Thomson Reuters analysis.

Such a decline may be good news for investors worried that stock prices have risen too far.

“The closer reported earnings are to GAAP, the more confident I’d be that investors are getting a fair characterization,” said Jack Ablin, chief investment officer at BMO Private Bank in Chicago.

On their income statements, companies often exclude “extraordinary” items, like charges associated with layoffs that they believe give investors an unclear picture of their performance. Those adjustments tend to make their profits appear stronger.

After an 8-percent rise in 2017, the S&P 500 is trading at 17.8 times expected earnings, a level many investors consider expensive and increases the risk of a market selloff. But the expected earnings in that valuation are adjusted, not GAAP.

To the extent that companies use non-GAAP accounting less this year than in recent years, investors may feel more comfortable paying higher valuations for their stocks.

Responding to a new standard on revenue recognition, Microsoft Corp. (MSFT.O) recently said it will switch to GAAP revenue reporting.

Analysts expect S&P 500 corporations in 2017 to report a total of about $1.06 trillion in GAAP net income, according to Thomson Reuters data. But allowing for non-GAAP adjustments made by many companies and analysts, total net income is expected to reach around $1.17 trillion.

Still, that 10-percent difference between GAAP net income and the net income companies and many investors focus on is much smaller than in 2015, when the difference was 33 percent, the largest gap since at least 2009. Last year, the difference shrank to 22 percent. (tmsnrt.rs/2fRRogA)

Thomson Reuters analyzed 494 S&P 500 companies and adjusted some of their fiscal years to reflect calendar years. In cases where companies and analysts focused on GAAP, that number was counted as adjusted net income.

“The SEC was upset about how non-GAAP was being used, and I think people have tried to listen to that. Nobody wants an SEC comment letter,” said Takis Makridis, chief executive of Equity Methods, which advises companies on equity compensation.

“The biggest companies who, earlier in their evolution needed to show numbers that put them in a more favorable light, no longer need that advantage,” said Pivotal Research analyst Brian Wieser. “It raises greater contrast with companies that are just emerging.”