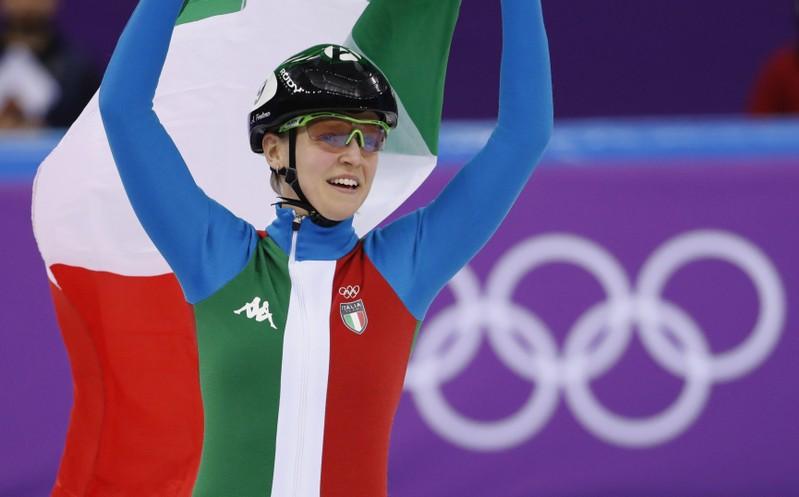 Fontana, 27, had won four bronze and one silver medal in previous Olympics but never topped the podium.

She finished in 42.569 seconds ahead of Yara van Kerkhof of the Netherlands and Kim Boutin of Canada.

Britain’s gold medal hope Elise Christie, world record holder in the 500 metres and world champion at three other distances, slipped over and finished last in the final.

Fans packed into the Gangneung Ice Arena roared and waved South Korean flags as Choi edged close to Fontana in the closing stages, their excitement stoked by their compatriot setting an Olympic record of 42.422 in the heats.

But after lengthy deliberation by the judges Choi was disqualified for interference.

China’s Fan Kexin, world champion in the 500 metres for the past three years, was disqualified in the semi-finals.