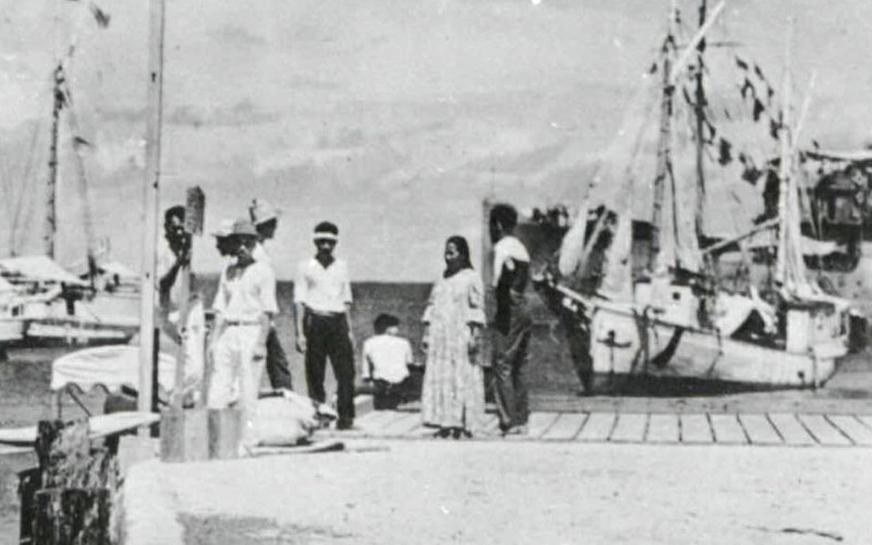 LOS ANGELES A never-before-seen photograph has reignited the debate as to the fate of famed pilot Amelia Earhart after she vanished while attempting a round-the-world flight 80 years ago.

The photo, found in the U.S. National Archives by retired U.S. Treasury Agent Les Kinney and the subject of a new History Channel documentary titled, “Amelia Earhart: The Lost Evidence,” shows what appears to be a Caucasian woman sitting on a dock in the Marshall Islands.

Earhart and her navigator Fred Noonan were last seen taking off in her twin-engine Lockheed Electra on July 2, 1937, from Papua New Guinea en route to tiny Howland Island, some 2,500 miles away in the central Pacific. Radio contact with her plane was lost hours later after 39-year-old Earhart reported running low on fuel.

A massive air-and-sea search, the most extensive such U.S. operation at that time, was unsuccessful. Earhart’s plane was presumed to have gone down, but it has never been known whether she survived, and if so, for how long.

In the two-hour documentary, which airs on Sunday, researchers say body image comparisons between the photographed woman and Earhart make the match “very likely.”

They hypothesize that Earhart veered away from Howland Island, crash-landed on the Marshall Islands and was then taken captive by Japanese forces.

“At first glance, I didn’t see anything special about it,” said Gary Tarpinian, executive producer of the History documentary. He added, however, that after Kinney made the case for why he thought the photograph showed Earhart, he was “instantly intrigued.”

Ric Gillespie, executive director of the International Group for Historic Aircraft Recovery (TIGHAR), on the other hand, said there is no evidence the person in the photograph is Earhart.

Gillespie said he believes Earhart died on the island of Nikumaroro, Kiribati, where a partial skeleton was discovered in 1940. The bones’ dimensions match Earhart’s build, likely revealing she died there as a castaway.

“I could show you a dozen pictures of Amelia Earhart in the last days of her world flight,” said Gillespie. “Her hair’s shorter than that. It’s not down on her collar. It’s shorter,” he said, “and that doesn’t look like Fred Noonan.”

“We knew there were going to be people questioning its validity, especially other people who have spent their lives or their careers trying to find more information on Amelia Earhart,” Tarpinian said.

“We think we have real evidence and we stand behind it.”