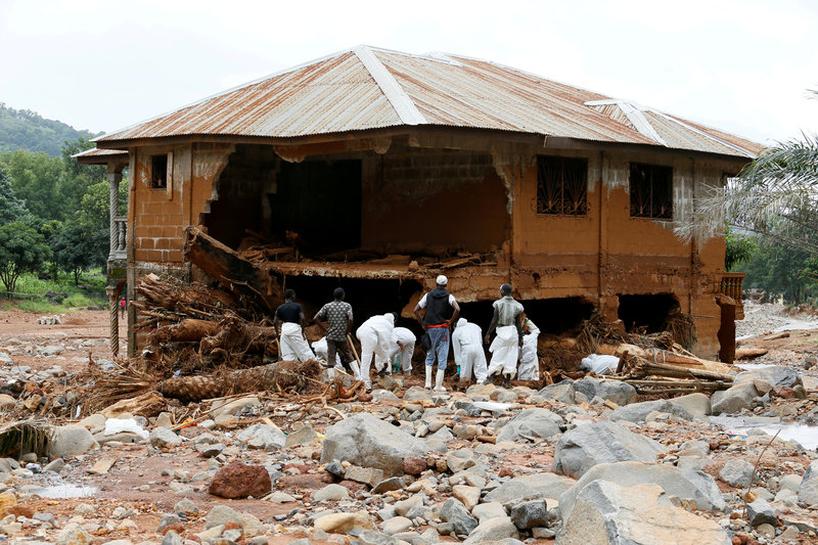 FREETOWN (Reuters) – Sierra Leone has buried 461 victims of a mudslide that swept away homes on the edge of the capital this week, an official at the central morgue said on Friday.

Rescue workers continued bringing bodies to the morgue and those buried included 156 children, said the official, who asked to remain anonymous because he was not authorized to speak about the figures.

The government has not given a death toll from the disaster. The Red Cross said on Friday that more than 600 people are still missing, and a search continues for corpses buried in the mud.

The mudslide on Monday was one of Africa’s worst flood-related disasters in living memory and struck Sierra Leone only a year after it began its recovery from the 2014-16 Ebola epidemic that killed 4,000 people in the former British colony.

President Ernest Bai Koroma attended a mass burial on Thursday organized by the government at a cemetery outside Freetown where many Ebola victims had also been buried.

Aid agencies have warned that there is a risk of contamination and disease outbreaks if bodies cannot be found.

“Bodies are still coming,” said the morgue official. Six bodies were collected Thursday night in the town of Regent, the worst-hit area, and one was found Friday morning on a beach, he said.