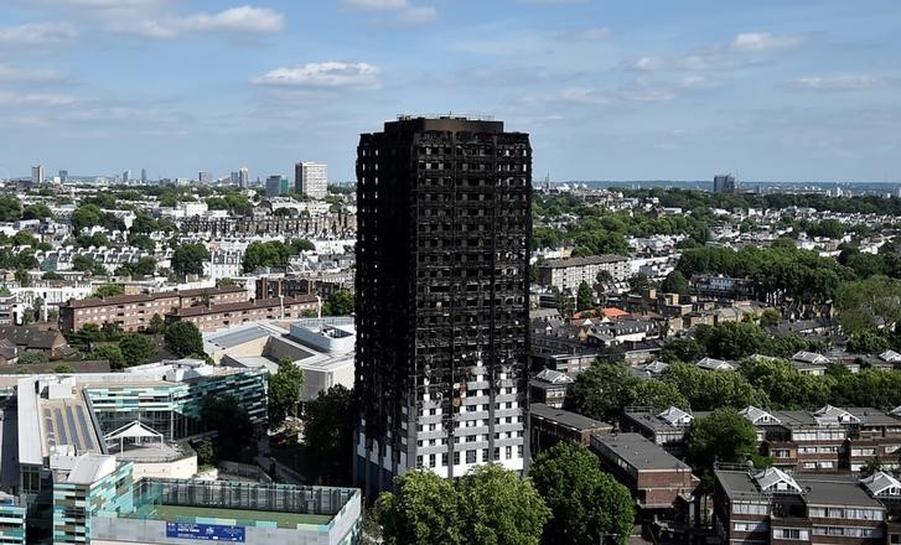 LONDON The cladding system used on London’s Grenfell Tower would only have met British regulatory standards if the two main materials had passed a key safety test together, according to a Reuters analysis of the building code and data on the materials.

Three weeks after the June 14 fire, neither the two companies involved in the cladding on the Grenfell Tower nor the local authority which enforces the building codes have addressed questions from Reuters about whether that test was ever conducted and its outcome.

The test is required to show whether both materials when used together were sufficiently resistant to combustion. Without proof that it had been carried out, the cladding system would not have met building regulations.

The cladding work carried about by Rydon Group Ltd, the main contractor on the 2014-2016 refurbishment of the building, and its subcontractor Harley Facades involved attaching insulation boards to the tower’s concrete facade and covering them with aluminium composite panels.

The aluminium panels, which had a polyethylene plastic core were called Reynobond PE, and made by New York-based ArconicInc, previously known as Alcoa Inc.

If all the elements of the insulation system had achieved a separate and demanding government standard called “limited combustibility”, in separate tests, then a combined test would not have been necessary, according to the building regulations.

But Reynobond PE and Celotex did not meet the combustibility test by themselves, according to safety experts and product specifications published by the manufacturers.

This meant that the two materials combined would need to pass another test known as the BS 8414 test, according to the building regulations. This involves setting a fire under a three-storey mock-up of the proposed wall construction.

Both standards, set out in the guidelines to the building code, aim to prevent a fire spreading quickly from inside and up the exterior walls, something that happened at Grenfell Tower.

In a June 29 email, a spokeswoman for Rydon Group Ltd says it “met all building regulations” but did not say if the BS 8414test stipulated in the building codes had been conducted.

The building control department of the local Royal Borough of Kensington and Chelsea council (RBKC), which is responsible for checking that the building and plans are consistent with regulations, declined to say if it had checked the tests had been carried out.

Police think the cladding system at Grenfell Tower may have contributed to the rapid spread of last month’s fatal fire. They have said they are investigating possible criminal behaviour and the role of all the companies involved in the building.

The Department for Communities and Local Government, the government department which is responsible for setting the regulations enforced by building control, has said the cladding system used at Grenfell did not comply with the building rules it oversees. It has not said why and declined to answer detailed questions on its legal reasoning. Link to graphic of Grenfell Tower cladding system:tmsnrt.rs/2t97Ugs

The test used to assess combined materials must be commissioned from a government approved independent testing agency. Reuters was unable to determine which, if any lab was used.

Rydon, which had a turnover of 249 million pounds last year, told Reuters the materials it used were suitable for use in tall buildings. “Laboratory testing of the fire resistance of the cladding system used at Grenfell Tower was carried out prior to installation. Please see attached BBA certificate,” the spokeswoman said in the June 29 email.

The certificate Rydon provided showed the panels met a separate standard on the surface spread of fire.

Asked specifically about the BS 8414 test, the Rydon spokeswoman said: “More technical questions would be better directed at Harley as it’s their area of expertise.”

Executives and a spokesman at Harley, a small company with few assets, declined to comment for this story. It said in a statement on its website last month it was not aware of any link between the fire and the exterior cladding to the tower.

An official at RBKC, the Royal Borough of Kensington and Chelsea, declined to provide details of the specification it approved or what checks it conducted to ensure the actual construction met the approved plan, citing the ongoing police investigation into the fire.

A spokeswoman for Saint Gobain (SGOB.PA) said its BR 135combustibility certification of Celotex was based on tests conducted with a non-combustible cement façade panel. She declined to say if Celotex had ever passed the BS 8414 test with a flammable façade panel such as Reynobond PE.