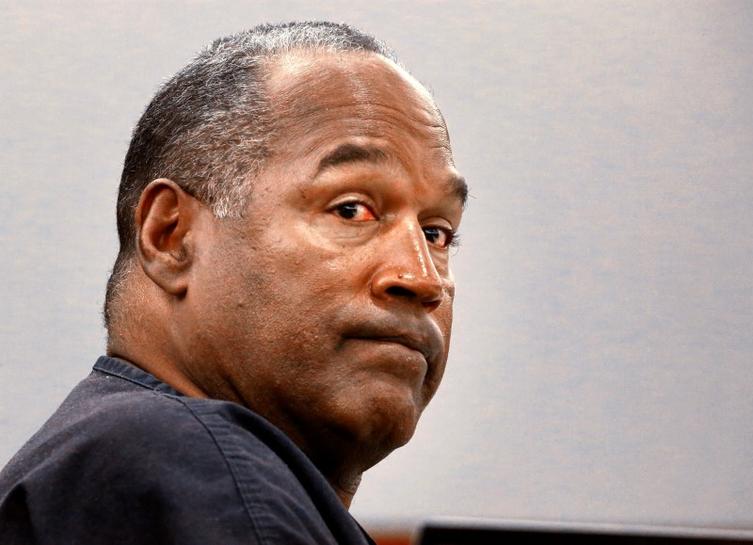 (Reuters) – As O.J. Simpson nears his date with Nevada’s parole board this week, the consensus is he stands a good chance of winning release from prison in October, after serving nine years for a botched attempt to steal mementos from his sports career at gunpoint.

But the one factor that could weigh against his seemingly solid case for parole is the notoriety still surrounding Simpson’s acquittal in a sensational double-murder trial that gripped America two decades ago, according to some who have followed his case most closely.

“What plays against him is the ghost of the murders,” Loyola Law School professor Laurie Levenson told Reuters on Tuesday. Anyone else fitting Simpson’s inmate profile would be virtually assured of parole, she said, adding: “What we don’t know is how much the O.J. factor will make a difference.”

The four parole commissioners meeting on Thursday in Carson City are supposed to decide Simpson’s fate on the basis of other factors, including his age, his conduct in prison and whether his release would poses a threat to public safety.

Judged by such standards, inmate No. 1027820 at the Lovelock Correctional Center would by all accounts be well-suited for parole, clearing the way for him to walk free once he has finished serving the minimum term of his sentence on Oct. 1.

Besides having already won a favorable parole ruling from the same commissioners four years ago before reaching eligibility for release, the 70-year-old former football star also lacks any prior felony convictions and is reported to have been a model inmate.

Simpson was instrumental in mediating inmate disputes at Lovelock, served as an unofficial “athletic director” in the prison yard, led prayer groups and even lobbied for inmate education funding, said Nevada state Assemblyman Osvaldo Fumo, who was part of Simpson’s legal team in a failed appeal of his conviction.

“Based upon my knowledge of his background and behavior in prison, I expect he will be a very good candidate for getting parole,” Roger David, the retired Clark County district attorney who tried Simpson in 2008, said on Tuesday.

In a similar assessment posted last week on the internet forum Reddit, incumbent D.A. Steve Wolfson said: “Most people who are … 70 years old, who have been model prisoners, will be excellent candidates for parole. Mr. Simpson fits that description.”

Wolfson noted that his wife, retired Judge Jackie Glass, presided over Simpson’s Las Vegas trial, sentencing him to a term of nine to 33 years in prison.

A jury found Simpson guilty of all 12 charges against him for storming into a Las Vegas hotel room in 2007 with four cohorts and holding two sports memorabilia dealers at gunpoint, then making off with thousands of dollars in items he said rightfully belonged to him.

His conviction came exactly 13 years after his 1995 Los Angeles acquittal in the murder of his ex-wife, Nicole Brown Simpson, and her friend Ron Goldman, who were found stabbed and slashed to death in June 1994.

A civil court jury later found Simpson liable for the deaths and awarded $33.5 million in damages to the victims’ families, a judgment renewed in court for another decade and enlarged to about $58 million two years ago. It remains largely unpaid.

Prosecutors said the Las Vegas robbery grew out of grudges Simpson had nursed since his murder trial and civil case.

David Cook, longtime attorney for Goldman’s father, Fred Goldman, called his client “the elephant in the room” as Simpson’s fate is decided. He vowed to remain dogged in seeking to collect on the judgment against Simpson.

“The good news for Mr. Simpson is he’s probably going to get out on Oct. 1,” Cook said. “And the bad news is I’m good for another 10 years … ready to pick up where we last left off.”