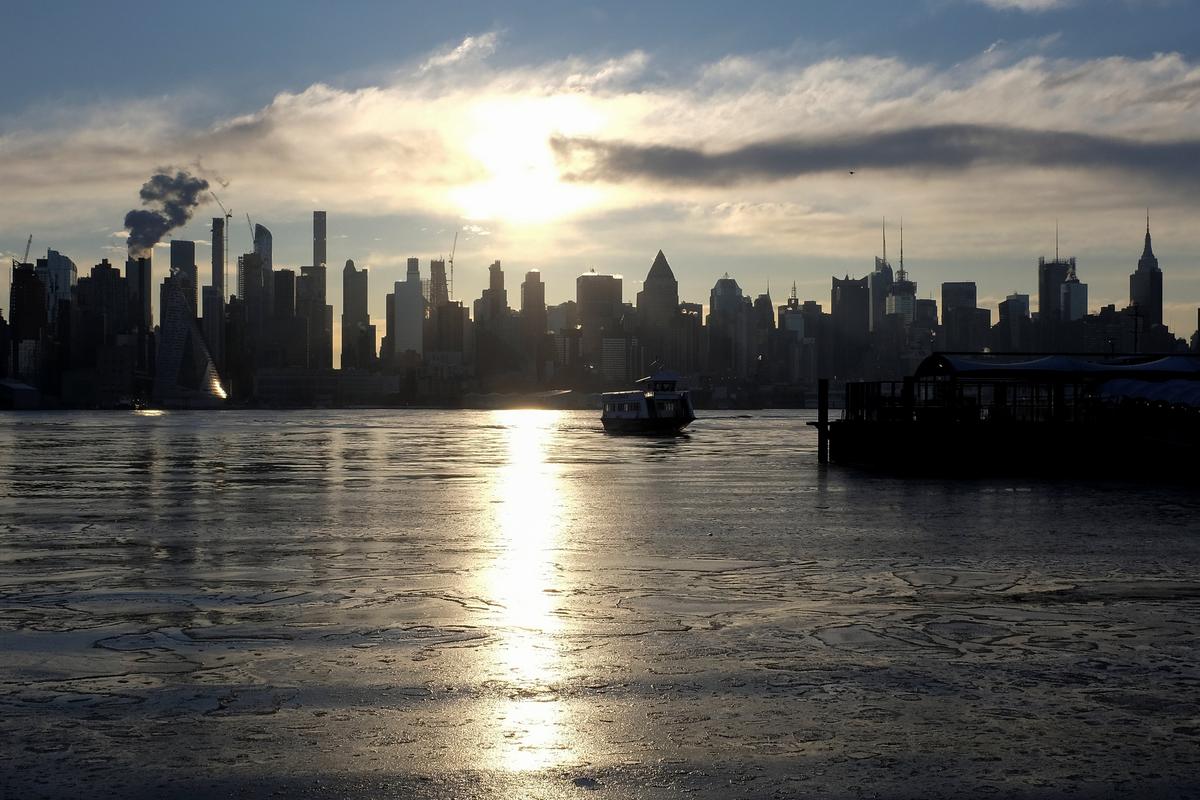 ATLANTA (Reuters) – Commuters in the U.S. South endured frigid temperatures and slick driving conditions on Thursday after a storm dumped heavy snow across the region, whipped up winds that snapped power lines and led to at least a dozen deaths.

Sunny weather over much of the South on Thursday helped melt some ice and snow but with sub-freezing temperatures expected to return overnight, there is concern that roads will have ice that is difficult for drivers to detect.

“Sunny days will help the roads but freezing temps will cause black ice,” North Carolina Emergency Management said in a Twitter message on Thursday.

“I know I sound like a broken record, but it’s important to stay off the roads unless it’s absolutely necessary to drive,” North Carolina Governor Roy Cooper said in a statement Thursday evening.

Schools and government offices were closed in several states on Wednesday and Thursday.

The National Weather Service issued freeze warnings over much of the Deep South including Louisiana, Mississippi, Alabama, Georgia and Florida.

“One final cold night is in store for the area…” the NWS in New Orleans said on Thursday. Forecasters expect lows mainly in the 20s Fahrenheit (-6 Celsius.)

In Houston, 22-year-old Cynthia Chavez said she walked on ice for the first time in her life on Wednesday, and fell on her second step.

A man and dog walk in the falling snow in Rockland Lake State Park near the Hudson River in Clarkstown, New York.
REUTERS/Mike Segar

“I was, like, coming out of our house and there was a little step and what I thought was water,” Chavez said by phone from Olde Towne Kolaches in Houston where she is a cashier. “Two steps and I was on my butt. At first, I was nervous but then I was like, ah, THIS is ice.”

More than 9 inches (23 cm) of snow have fallen this week in Durham, North Carolina since Monday, with 7 inches (18 cm) or more in various places across southern Virginia, the NWS said.

In Virginia on Thursday, a 6-year-old boy on a sled slid onto a road and was struck and killed by a car, CBS affiliate WDBJ-TV in Roanoke, Virginia reported.

On Thursday in Washington County of North Carolina, a 26-year-old man was killed when his vehicle went off a snowy road and overturned in a canal, officials said.

In Oklahoma, two people died on Wednesday in a fire apparently caused by the use of electrical space heaters, media reported.

Closing the loop: Ditching ‘take, make, dispose’ for a circular economy
4 new COVID-19 infections in Singapore, all imported
Police warn against phishing scam that uses fake Pizza Hut advertisements
Commentary: After years of demonising China, the US has to start an honest dialogue
Malaysia and Singapore still negotiating on ‘proposals’ to ‘improve’ HSR project: Malaysian minister