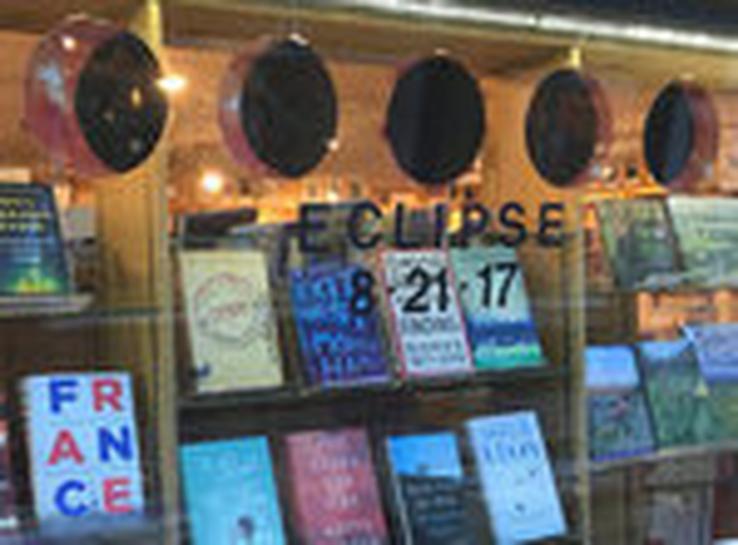 DRIGGS, Idaho (Reuters) – Hyrum Johnson, mayor of the tiny city of Driggs, Idaho, expects some craziness in his one-stoplight town next month when the moon passes in front of the sun for the first total solar eclipse in the lower 48 U.S. states since 1979.

The town of 1,600 people in Teton County, just west of the jagged peaks of the Rocky Mountains Teton Range, is getting poised to receive as many as 100,000 visitors on Aug. 21 for the celestial event, said Johnson, who was both excited and worried.

Driggs is one of hundreds of towns and cities along a 70-mile arc, stretching from Oregon to South Carolina, that are in the direct path of the moon’s shadow. The full eclipse and the sun’s corona around the disk of the moon will be visible for a little more than two minutes only to those within this narrow band.

Driggs and other towns like it are scrambling to prepare for the onslaught of curious visitors.

“We expect gridlock,” Johnson, 46, said as he drove his pickup truck through town.

Tucked amid seed potato and quinoa farms, Driggs normally enjoys a more languid pace of life, with highlights including $5 lime shakes sold on balmy summer days at the corner drug store. But with the impending eclipse, planning has kicked into high gear.

To make sure nothing more than the roads will be clogged, Johnson took shipment this month of two massive generators that can be deployed at key spots along the city’s sewage system to keep it flowing in case of a power outage.

“We are telling our residents to hunker down,” Johnson said.

And while Johnson would have preferred to have taken his family backpacking during the time of the eclipse, he’s planning to stay in town in case anything goes wrong.

‘All Hands on Deck’

Over on the east side of the Teton Range, authorities are preparing for the day “kind of like a fire,” said Denise Germann, a public information officer at Grand Teton National Park. Estimating crowds is nearly impossible, she said, but “it is an ‘all hands on deck’ event.”

The 480-square-mile park’s campsites are completely booked, and it expects visitors to pour in from all over, including the bigger Yellowstone National Park, just north of the path of totality. Grand Teton will waive its $30 entry fee to keep traffic from backing up.

Many of the park’s 465 summer staff will be posted at trailheads and along roads to warn visitors to brace themselves for failed cellphone service, jammed roads and scarce parking, and to urge them to carry plenty of food and water, as well as bear spray to ward off wildlife.

In nearby Moose, Huntley Dornan said the county had warned business owners like him to expect four times the usual number of customers in the days leading up to the eclipse.

“I find that hard to believe, but I’m not going to be the guy who has his head in the sand and didn’t plan for it,” said Dornan, who runs a restaurant, deli, gas station and wine shop, the last place to get supplies before entering the park from the south.

Dornan plans to park a 48-foot refrigerated trailer stocked with a couple of thousand pounds of pizza cheese, 150 pounds of ground buffalo meat, a few hundred tomatoes, and gallons of ice cream, among other provisions for the expected hordes of tourists.

On eclipse day, only people who paid as much as $100 each to attend his viewing parties will be allowed access to the narrow road on his property that offers a clear view. Security will keep others out.

About 14 miles down the highway, in Jackson, Wyoming, Bobbie Reppa expects the family business to be flush with demand. She and her husband run Macy’s Services, the only purveyor of portable toilets for miles. The 50 she normally has on hand simply aren’t enough.

“We’ll be bringing them in from as far as Ogden, Utah,” she said.