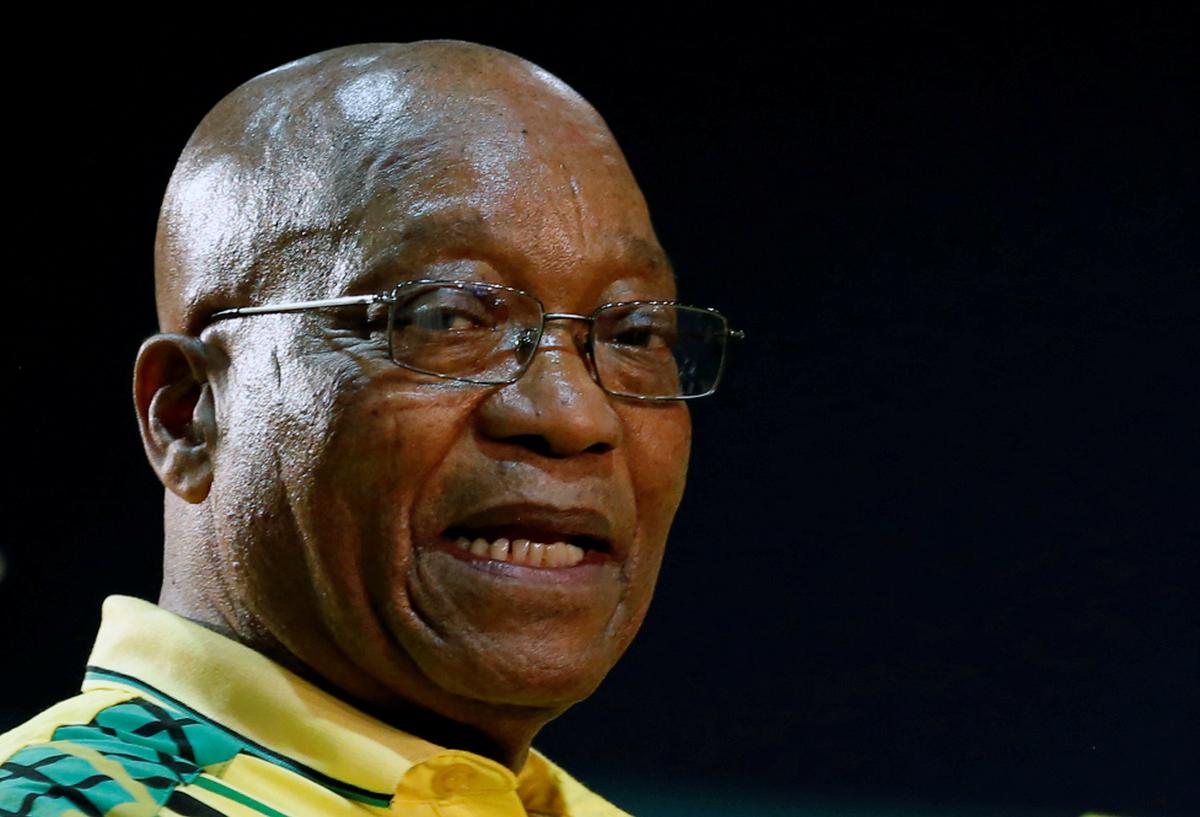 JOHANNESBURG (Reuters) – The ANC will decide President Jacob Zuma’s fate at a special meeting on Monday, the party’s new chief said, in what could be the most serious bid yet to unseat a leader damaged by corruption allegations.

Zuma was replaced as leader of the ruling African National Congress (ANC) by Deputy President Cyril Ramaphosa in December and no longer holds a top position in the party.

The meeting of the party’s National Executive Committee (NEC), which has the power to demand that Zuma step down, raises the prospect of a decisive showdown between the 75-year-old allies and those who want Ramaphosa to take over from him now as president.

The remarks by the 65-year-old Ramaphosa were his most pointed yet over the handover of power, although he did not mention Zuma by name. Zuma’s tenure as president officially runs until mid-2019.

“The National Executive Committee of the ANC will be meeting tomorrow to discuss this very matter, and because our people want this matter to be finalised, the NEC will be doing precisely that,” Ramaphosa told a rally in Cape Town on Sunday.

The ANC leader said on Wednesday he and Zuma were holding direct talks over the transfer of power.

Zuma has not said in public whether he will step down voluntarily. His spokesman could not be reached for comment.

The rand has tended to strengthen on signs that Zuma could be ousted before his second term as president ends next year, and might firm more if the NEC demands that he go.

Zuma survived calls last year by some members of the NEC for him to quit.[L8N1IU0QO] But analysts say this time around a bigger section of the party wants him out.

In 2008, shortly after taking the party’s helm, Zuma engineered the ousting of Thabo Mbeki from the presidency.

Since Zuma became president in 2009, he has been dogged by scandal. He is fighting the reinstatement of 783 counts of corruption over a 30 billion-rand (now $2.5 billion) government arms deal arranged in the late 1990s when he was deputy president.

Some within the ANC and the opposition say the Gupta family, friends of Zuma, have used their links with the president to win state contracts and influence cabinet appointments. The Guptas and Zuma have denied any wrongdoing.