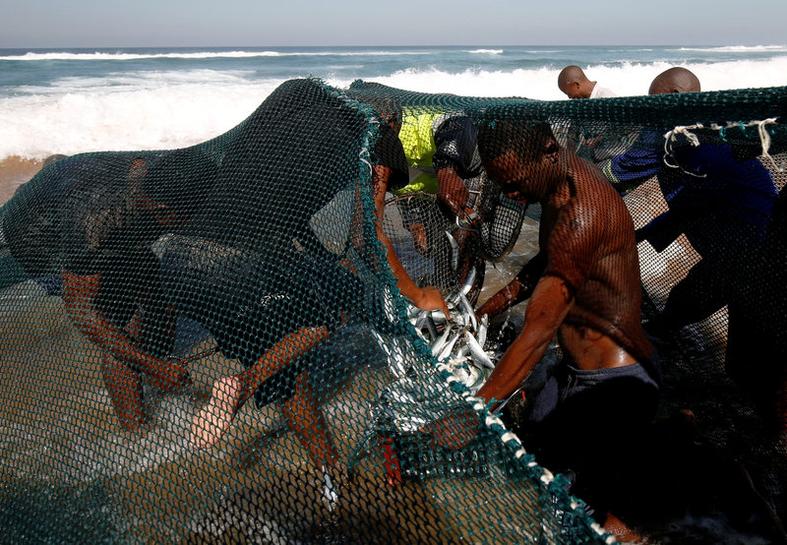 KELSO, South Africa (Reuters) – Fishermen on South Africa’s east coast were treated on Friday to a sight they have waited five years to see as millions of sardines swam in from the Indian Ocean, almost hurling themselves into nets that bulged to bursting point.

Each year during the southern hemisphere’s winter months from June to August throngs of fishlovers, professional and otherwise, gather on the KwaZulu-Natal coastline in anticipation of a phenomenon dubbed the “Sardine Run”.

The shimmering shoals of fish can stretch up to 7 km (4.3 miles) and are sometimes likened to the great wildebeest migrations on the Serengeti plain of East Africa.

In recent years the volume of fish traveling up from their cold water habitats in the west has slowed, a trend environmentalists say could be caused by water temperatures in the east not dropping below the level of 21 Celsius that usually sparks the migration.

However, on Friday holiday makers and locals in Kelso, about an hour from Durban, abandoned their surfboards and beach towels to join fisherman bagging the fish and carrying them off by the cart-load to sell at markets.

While the haul was not as large as those seen in 2012 and the years before that, early signs are that the great Sardine Run has returned.