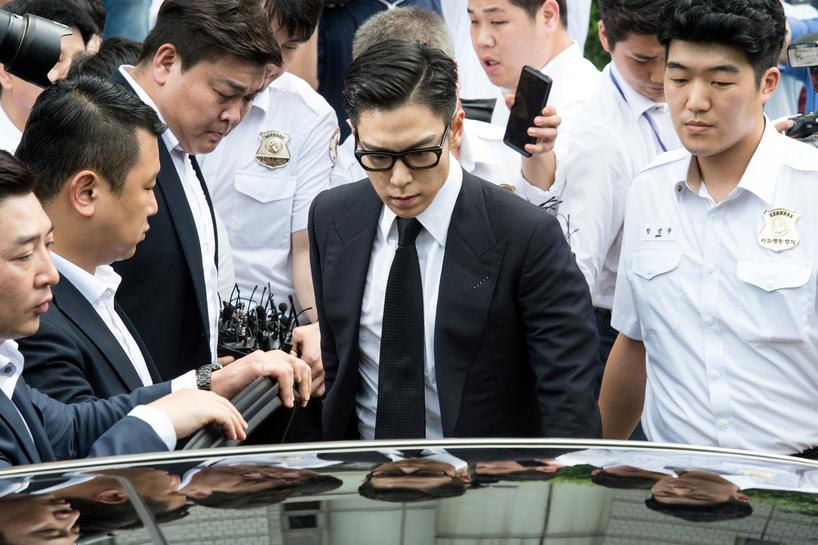 SEOUL (Reuters) – A South Korean court on Thursday handed K-pop sensation T.O.P. a suspended 10-month jail sentence for drug use, after he pleaded guilty and sought leniency to avoid a prison term.

The suspended term for the 29-year old, whose legal name is Choi Seung-hyun, followed his indictment without detention last month for using marijuana four times in October 2016 with a trainee singer at his home in the capital, Seoul.

The use of marijuana is illegal and considered a serious crime in South Korea, but the severity of punishment has eased from the past.

“I admit guilt on all charges and deeply regret my action,” Choi told reporters following the verdict, which he does not plan to appeal.

Before the verdict, the actor-singer had also offered a public apology for letting down his family and fans.

During investigation, the rapper denied some of the charges he faced but later pleaded guilty to all. Choi was also once taken to hospital after being found unconscious following an overdose of sedatives.

In 2011, G-Dragon, a fellow member of Choi’s Big Bang group, also tested positive for marijuana, but was not formally prosecuted.

At the time, he told South Korean authorities he had been offered what appeared to be a cigarette at a party in Japan, but had not realized he was being given marijuana, since he was unfamiliar with its distinctive smell.

US, China ‘committed to cooperating’ on climate crisis: Joint statement
US stops short of branding Vietnam, Switzerland, Taiwan currency manipulators
IN FOCUS: Thinking out of the cubicle – What lies ahead for hybrid working?
Chinese Political Prisoner Dies Amid Suspicion of Torture, Mistreatment
US, Japan show united front on China in Biden’s first summit