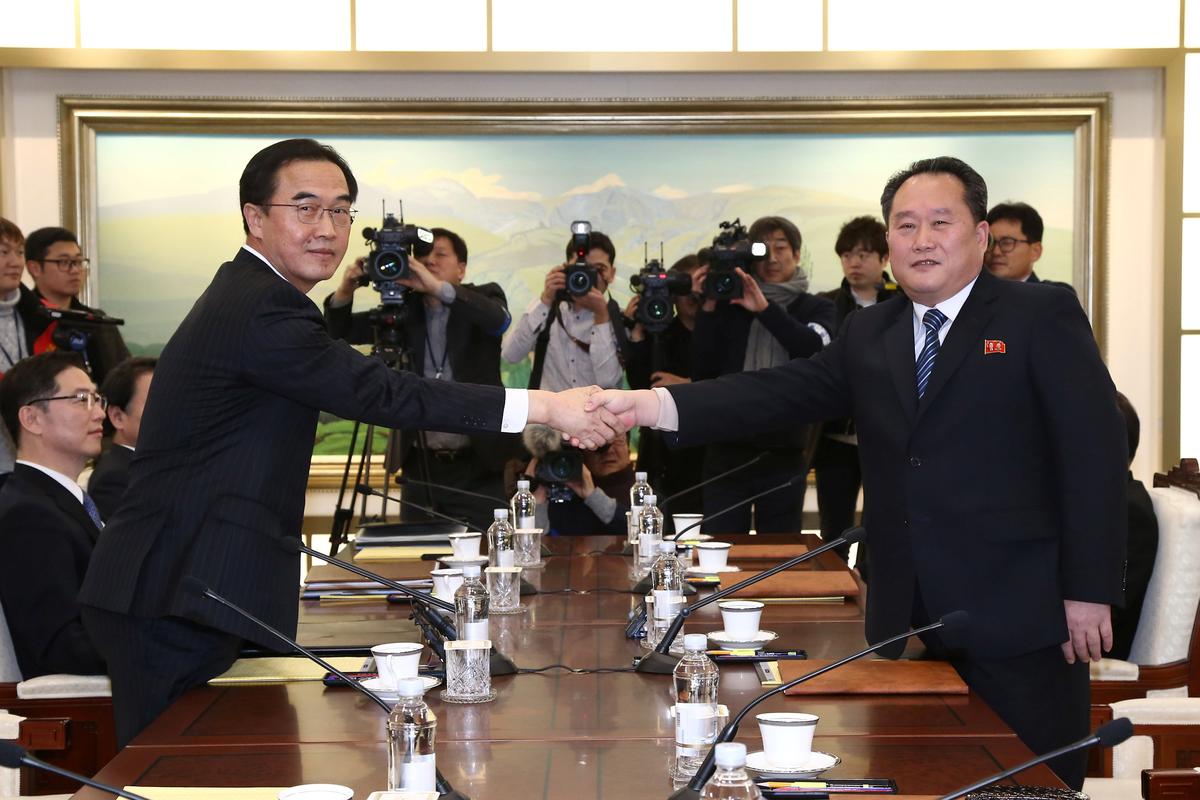 SEOUL (Reuters) – South Korea said on Tuesday it will consider a temporary lifting of sanctions against North Korea if it is necessary to facilitate the visit of North Koreans to the Winter Olympics in South Korea next month.

If Seoul needs to take “prior steps” to help the North Koreans visit for the Olympics, it will consider it together with the United Nations Security Council and other relevant countries, foreign ministry spokesman Roh Kyu-deok told a regular briefing.

North Korea said during rare inter-Korean talks on Tuesday it will send a delegation of high-ranking officials, athletes and a cheering squad to the Pyeongchang Olympics.