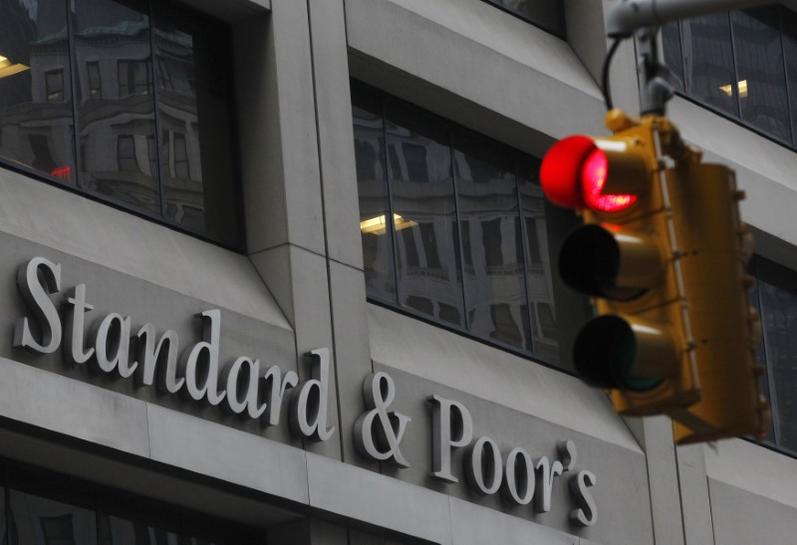 LONDON (Reuters) – Standard and Poor’s and Fitch held their credit ratings for Britain unchanged on Friday, but both remained gloomy about the outlook due to the likelihood of the country reaching a bad deal in its divorce talks with the European Union.

Having already stripped Britain of its top-notch “AAA” rating, both agencies stuck with their “AA” rating with a negative outlook, warning they were likely to downgrade again.

“The negative outlook reflects the continued institutional and economic uncertainty surrounding the Brexit negotiations and the UK’s future relationship with its largest market for goods and services, the EU,” S&P said in a statement.

A further downgrade could come if S&P views the risk of a disorderly Brexit as increasingly certain or if overseas investors start to withdraw the capital that finances Britain’s large current account deficit.

Fitch said the lack of a clear British position and the EU’s negotiating stance – not to mention a lack of time before the March 2019 departure date – would make it hard for Britain to emerge with a favourable deal.

“We are not complacent about the challenges ahead, but we are optimistic about the future as a good deal is in the interest of both sides,” a government spokesperson said in a statement.

Both ratings agencies pointed to the weakened state of May’s government, after she gambled her majority in parliament away in an election earlier this year that she did not need to call.

“The election result is likely to weaken policy cohesion and creates uncertainty over the longevity of the UK government,” Fitch said.

“We believe that no single post-Brexit relationship with the EU commands either majority parliamentary or popular support.”