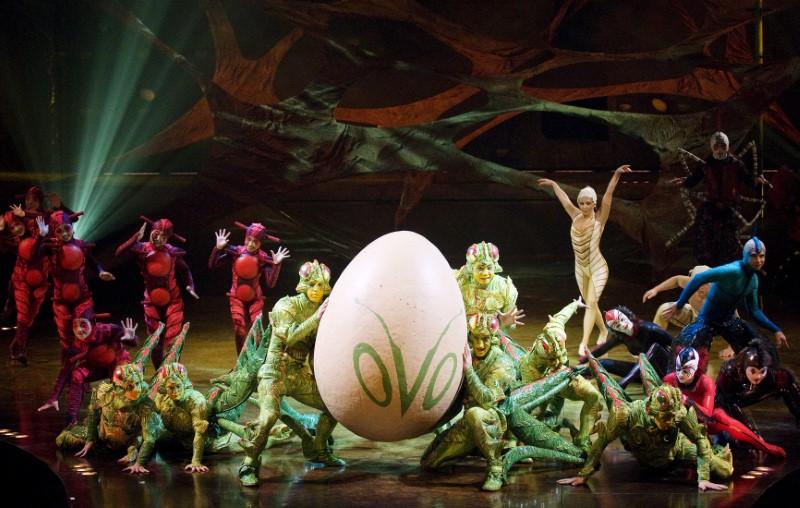 LONDON (Reuters) – London’s Royal Albert Hall was crawling with spiders, crickets, ants and fleas on Wednesday as Cirque du Soleil brought its insect-themed show Ovo to the famous venue for the first time.

‘Ovo’, which means egg in Portuguese, is about a day in the life of a community of 17 insects – portrayed by humans, not by insects – and how they cope with the arrival of a mysterious egg and the foreigner inside.

Artistic director Tim Bennett said the show, which has been seen by over 5 million people since its premiere in Montreal eight years ago also carried an important message about social inclusion.

“It’s an insular colony of insects into which walks a foreigner, and he’s initially rejected because he’s different,” Bennett told Reuters.

“As they get to know him they realize that he’s actually much more similar to them than he is different.”

Ovo opens on Wednesday and runs for eight weeks.