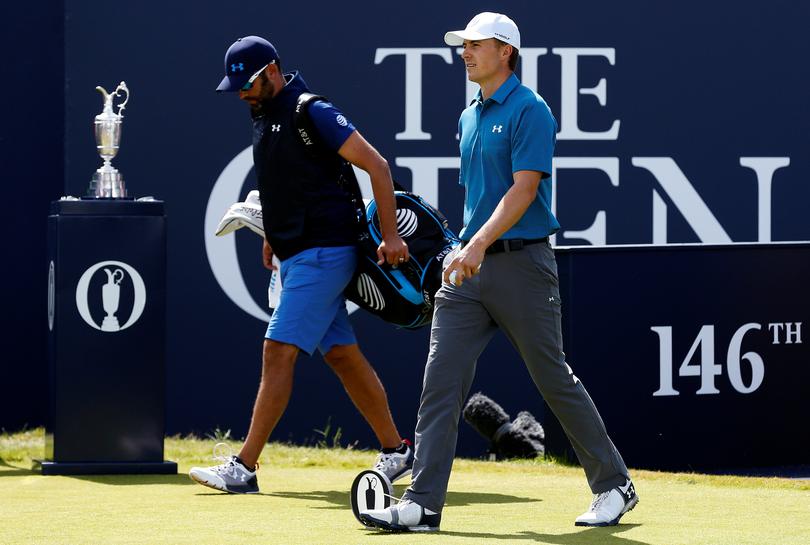 SOUTHPORT, England (Reuters) – Three-shot leader Jordan Spieth teed off at the British Open at Royal Birkdale on Sunday in search of his third major championship title.

American Spieth, who won the U.S Masters and U.S. Open in 2015, would join Jack Nicklaus as the only players to win three legs of the grand slam before turning 24. Tiger Woods was 24 when he won his third different major.

The Texan, who shot a five-under-par 65 on Saturday, holds a three-stroke lead over his compatriot Matt Kuchar with Canadian Austin Connelly and American Brooks Koepka both six shots off the lead.

South African Branden Grace, who shot the lowest major championship round in history with his 62 on Saturday is seven shots behind Spieth.

If Spieth shoots under par in his final round, he will be the first player to shoot in the 60s in every round of a British Open at Royal Birkdale.