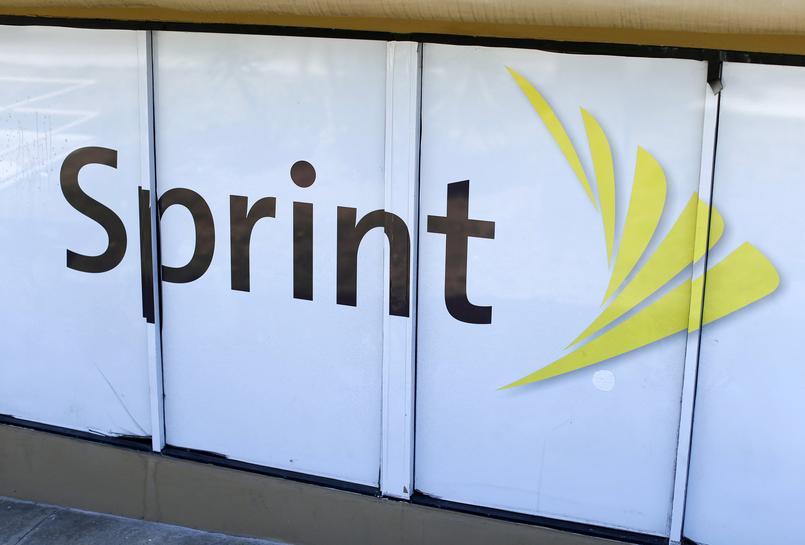 NEW YORK (Reuters) – Sprint Corp (S.N) shares jumped more than 10 percent on Tuesday after its chief executive said an announcement on merger talks should come in the “near future” and the company reported a quarterly profit for the first time in three years.

The No. 4 U.S. wireless carrier, majority owned by Japan’s SoftBank Group Corp (9984.T), is exploring options including a merger with rival carrier T-Mobile US Inc (TMUS.O) as well as a tie-up with cable provider Charter Communications Inc (CHTR.O).

It is also in the middle of a turnaround plan and has sought to strengthen its balance sheet to compete in a saturated market for wireless service.

While Sprint has cut costs, analysts have said the company is highly leveraged. And although its customer base has expanded under Chief Executive Marcelo Claure, growth has been driven by heavy discounting.

On the company’s post-earnings conference call, Claure said that while Sprint could sustain itself, the synergies that could come with a transaction were significantly better than remaining a standalone entity.

He would not give specifics on merger discussions, adding Sprint would leave doing so to an announcement that “should be coming in the near future.”

“We have plenty of options, and we’ve had discussions with a lot of different parties,” he said.

He said he was surprised Charter said it was not interested in acquiring Sprint given Sprint was never offered for Charter to buy. Rather, he said, it was part of the “bigger play that has been reported.”

A person familiar with the matter told Reuters earlier this week that SoftBank Chief Executive Masayoshi Son is considering making an acquisition offer for the cable company to combine it with Sprint as early as the end of August. The deal would entail SoftBank buying the Sprint shares it does not already own, the source said.

“The obvious risk in so openly courting one potential suitor after another is that Sprint will increasingly be viewed as damaged goods,” he said in a research note.

Sprint said it cut its cost of services and selling, general and administrative expenses by about $370 million in the quarter and that it expects an additional $1.3 billion to $1.5 billion of year-over-year reductions in fiscal 2017.

Analysts, on average, expected a net loss of 1 cent per share on revenue of $8.11 billion, according to Thomson Reuters I/B/E/S.

Sprint added 88,000 subscribers who pay a monthly phone bill in the quarter, compared to 173,000 net additions in the year-earlier period.

Additional reporting by Liana B. Baker in San Francisco; Editing by W Simon and Meredith Mazzilli

NParks landscaper who tested positive for COVID-19 linked to Changi Airport cluster
Commentary: Does Singapore have to resort to ‘slapstick and Singlish’ to get public messages across?
WHO classifies B1617 from India as COVID-19 variant of global concern
Taiwan to quarantine all pilots of largest airline amid COVID-19 outbreak
Amid opposition, Japan PM says he has ‘never put Olympics first’