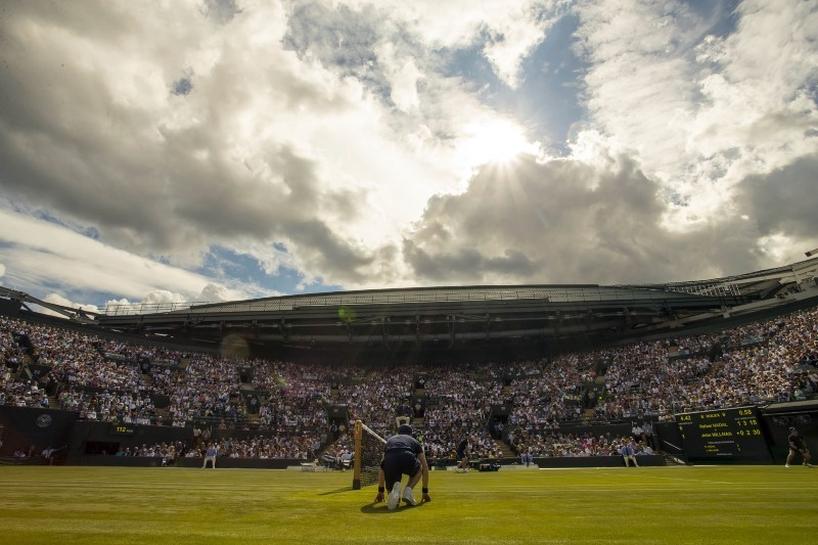 LONDON Tournament officials have defended their decision to put four men’s matches and only two women’s on Wimbledon biggest courts on Monday, saying that star player appeal over-rides any idea of equal allocation by gender.

Venus Williams and home favorite Johanna Konta were the only two leading women to have their matches on Centre Court or Court One on “Manic Monday”, when all 16 fourth-round matches are played. Andy Murray, Roger Federer, Rafa Nadal and Novak Djokovic all got top billing.

Some of the women players “demoted” to the lesser courts were less than impressed about their treatment.

“I was really surprised that I was playing on Court Two,” said world number one and top seed Angelique Kerber after she lost to Spanish 14th seed Garbine Muguruza.

“I think it was a good match on a high level, I was actually looking forward to playing on one of the two big courts. Maybe I will talk to them.”

Newly-crowned French Open champion Jelena Ostapenko said: “I think I deserve to play on a better court than Court 12.

“(Opponent) Elina (Svitolina) is number four in the world. I think our match was a very interesting one for the people to watch.”

After winning her match on Court Three, twice grand slam champion Svetlana Kuznetsova added: “I have not played on Court One or Centre Court the whole tournament, though I understand why Johanna Konta is there, it’s England and they have to put their product there.”

“It’s equal prize money so why not equal representation on Centre Court and Court number One?,” she said.

Asked about the scheduling, Wimbledon chief executive Richard Lewis said: “You’ve got this fantastic era for men’s tennis. There have been years where the women have outshone the men but at the moment it’s very hard to argue beyond the big four – Djokovic, Murray, Nadal and Federer – being on Centre Court and Court One.

“I absolutely respect Angelique Kerber is number one in the world, Muguruza is a former finalist, grand slam winner but we are spoilt for choice. There are matches on two and three today that would grace Centre Court on any other day.

“I wouldn’t say it’s favoritism. I’d just say it’s taking the marquee matches. In the end it’s not about male/female, it’s about which matches you think are the ones the public and the broadcasters would like to see. It’s about who are the star players at the time.”

Not all women players were upset by the scheduling either and Magdalena Rybarikova risked a frosty locker-room reception.

“To be honest, I enjoy watching more men’s tennis,” she said.

“I think also for the spectators it’s more enjoyable to watch – because it’s huge names like Federer and Murray and I think they deserve to be on Centre Court,” the Slovakian said after winning her fourth-round match on Court 18.

“Sometimes girls win 6-1 6-2 and I don’t know if it is for spectators, but sometimes it’s boring.”