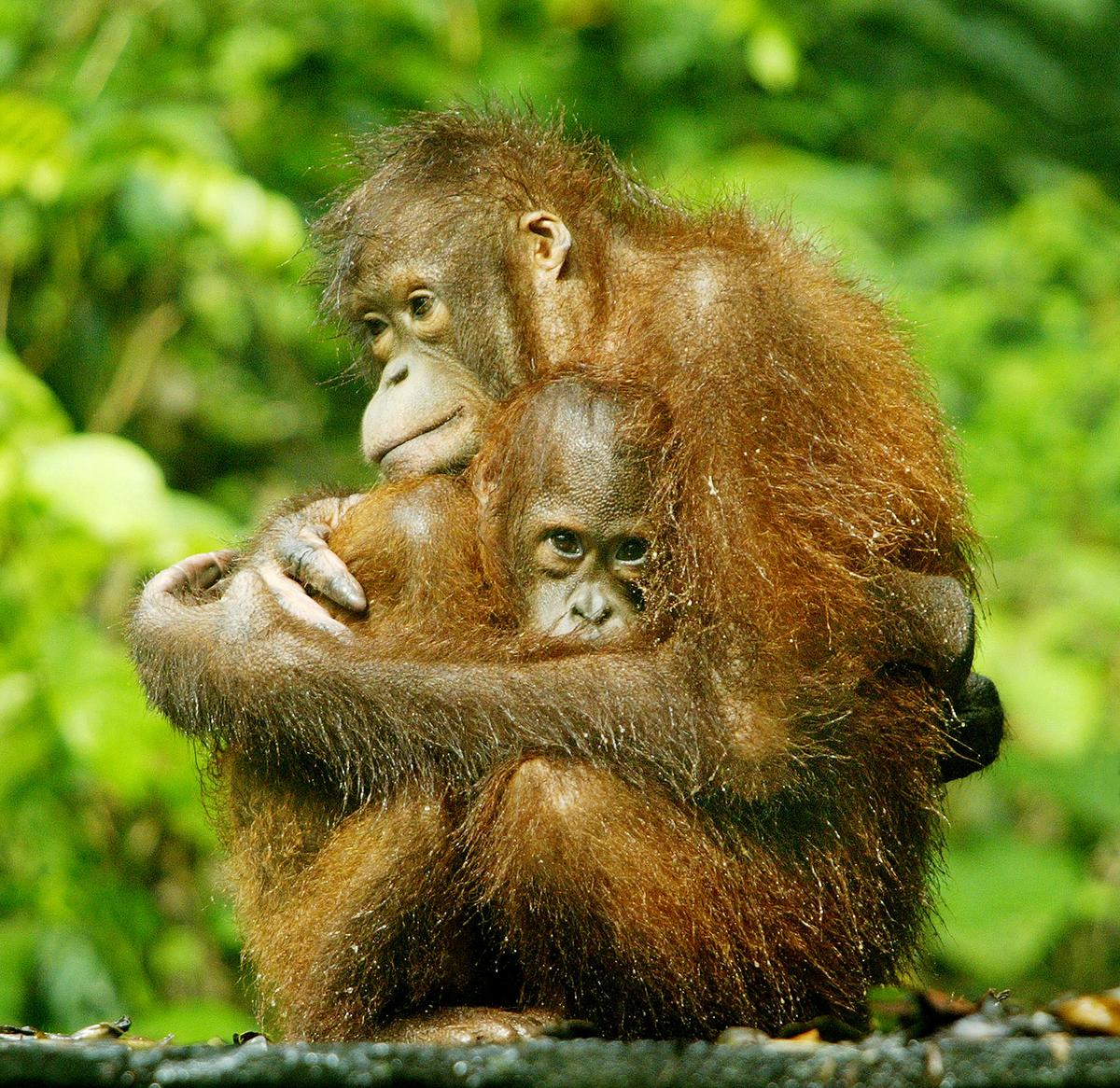 WASHINGTON (Reuters) – Hunting by people and habitation destruction by oil palm, paper, logging and mining industries helped drive a startling drop of about 50 percent in the orangutan population on the island of Borneo from 1999 to 2015, scientists said on Thursday.

The researchers calculated a population decrease of about 148,500 during that 16-year period and projected another drop of 45,000 by 2050, painting a bleak picture for the future of these shaggy reddish tree dwellers that are among the world’s most imperiled great apes.

Deforestation was only part of the danger. Around 70 percent of the loss in Borneo’s populations may have resulted from orangutan killings by people in forested areas, the researchers said.

“People have hunted orangutans for their meat on Borneo since they colonized the area, as they hunt any other edible animal,” said biologist Maria Voigt of the German Centre for Integrative Biodiversity Research and the Max Planck Institute for Evolutionary Anthropology.

“The orangutans are not their preferred prey species. This is, rather, pigs and deer. But they also take one when encountered. Killing also occurs in situations where humans are frightened or startled by orangutans, for example when orangutans enter gardens or plantations to eat the crop,” Voigt added.

“It is disheartening that despite all the conservation efforts we still see these declines. But we need to remain optimistic because if the forests remain and we can reduce killing to zero we can, over time, see a rebound of orangutan numbers,” Liverpool John Moores University ecologist Serge Wich said.

“Even though the numbers are bleak there is a reason for hope,” Voigt added. “We don’t think that it is likely that the species is going to go extinct soon, because we are seeing some stable populations in the larger national parks in the Indonesian part of Borneo and the some areas of the Malaysian part.”

Borneo has one orangutan species and Sumatra has two. Wich said Sumatran population declines probably are also steep, though that data is less comprehensive.

The research was published in the journal Current Biology.

Hundreds of flights cancelled as Shanghai tackles COVID-19 outbreak
Commentary: Pay attention to the fine print of Japan’s carbon neutrality pledge
Does hawker culture have a future in Singapore? Yes, but perhaps not as we know it
Malaysia Airlines MH17 case: Judges reject request to investigate alternative crash scenarios
In latest China jab, US drafts list of 89 firms with military ties