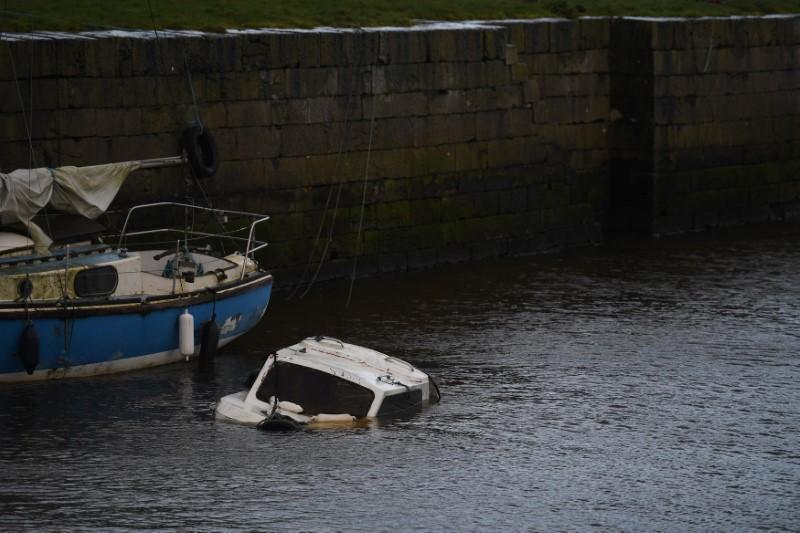 GALWAY (Reuters) – Homes and business on Ireland’s west coast suffered flood damage and 27,000 were still without electricity on Wednesday after Storm Eleanor brought heavy rain and winds of up to 155 kilometers per hour.

Ireland’s Electricity Supply Board (ESB) said at one stage on Tuesday 150,000 homes and business were without electricity.

“We’re really hopeful, given that it’s the last week of a lot of people’s Christmas holidays, that we will have power back to pretty much everybody by tonight,” Derek Hynes, Operations Manager for ESB, told national broadcaster RTE.

The weather service’s second highest level of alert remained in place for the west and northwest of the country. Met Eireann said a combination of high tides and exceptionally high seas would result in coastal damage and further flooding.

Three people died in October when Tropical Storm Ophelia battered every corner of Ireland, bringing down trees and power lines and whipping up 10-meter (30-foot) waves.

Writing by Padraic Halpin in Dublin; editing by Stephen Addison