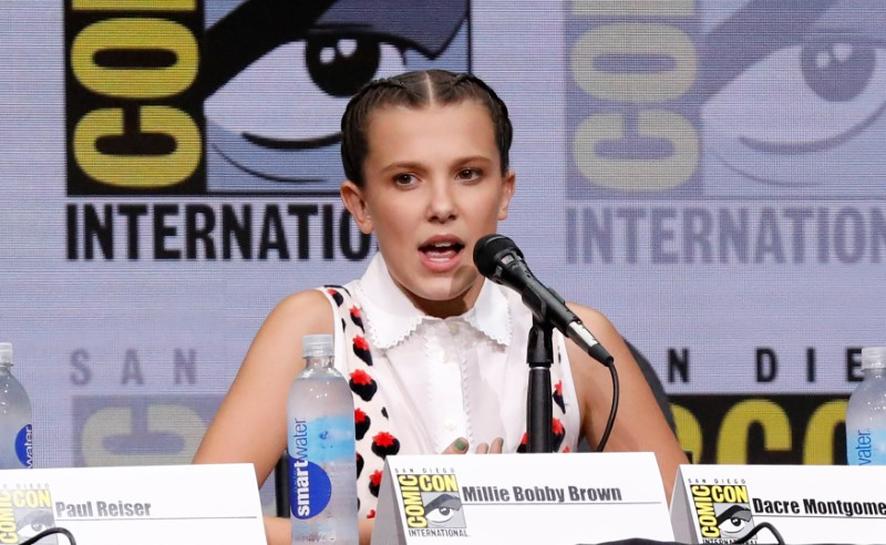 “Stranger Things,” which earned 18 Emmy Award nominations for its first season, followed the eerie case of a missing boy named Will in a small Indiana town in the 1980s, and a mysterious young girl named Eleven with special powers who tries to help rescue him.

Will is rescued from the Upside Down, a cold, desolate, parallel world that houses an evil monster called the Demogorgon, after Eleven sacrifices herself to save him.

The show will return with a new season in October and picks up a year after Will’s return.

“Stranger Things” became a phenomenon after its debut on Netflix last year, as viewers were drawn to the show’s 1980s throwback and the supernatural mystery haunting the small town of Hawkins.

The cast debuted a new trailer that centered on Will’s struggle to adapt back to real life as he keeps getting visions of the Upside Down and a monster lurking in the shadows. His friends draw inspiration from the Ghostbusters to help catch the monster tormenting Will, and Eleven is seen in the Upside Down, as she finds a portal back to the real world.

The trailer was dotted with 1980s references, from arcade game Dragon’s Lair to Michael Jackson’s “Thriller” playing over the footage.

Attendees at the panel got a surprise as the first fan question came from actress Shannon Purser, who plays short-lived fan-favorite character Barb Holland, a role for which she earned an Emmy nomination.

Barb became a viral phenomenon after her sudden and gruesome death on the show, prompting online tributes and songs to the character and fans petitioning “Stranger Things” creators The Duffer Brothers with the hashtag #JusticeForBarb.

Purser asked if Barb will be back in season 2. Actor David Harbour, who plays police chief Jim Hopper, told her no, but added, “there will be justice for Barb. Barb will be avenged.”