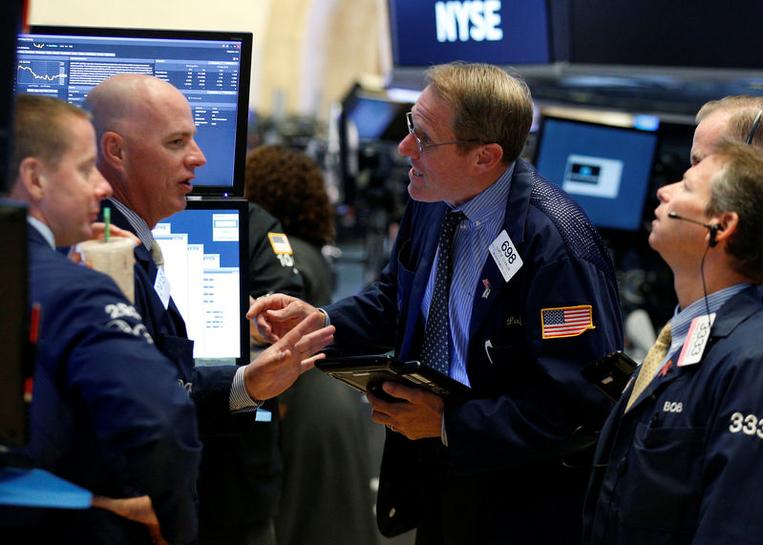 (Reuters) – Wall Street got a big boost from strong corporate earnings on Wednesday, with all three major indexes hitting record highs, while investors awaited the outcome of a two-day Federal Reserve meeting.

The planemaker gave the biggest boost to the Dow, adding more than 100 points, and was the second biggest gainer on the S&P 500 after AT&T.

The market’s record run has left equities relatively expensive, but a strong corporate earnings season should allay some of those concerns.

Earnings of the S&P 500 companies are expected to have climbed 9.9 percent in the second quarter, up from an 8 percent rise estimated at the start of the month, according to Thomson Reuters I/B/E/S.

“The earnings season in general seems to be really quite strong and there haven’t been any significant surprises,” said Paul Springmeyer, investment managing director at U.S. Bank Private Wealth Management.

“It’s still a very much earnings-driven environment and that is continuing to boost stocks.”

The S&P 500 is trading around 18 times earnings estimates for the next 12 months, well above its long-term average of 15 times.

Although the central bank is not likely to raise interest rates, it is expected to discuss its monetary policy stance and the timing of a long-awaited balance sheet reduction.

“We don’t really expect any changes coming out of today’s meeting and expect them to maintain status quo,” Springmeyer said. “We will be looking out for any details about the balance sheet reduction.”

Amazon (AMZN.O) rose 1 percent to a record high and its market cap surpassed $500 billion. The stock was among the top boosts to the S&P and the Nasdaq.

Six of the 11 major S&P sectors were higher, with the telecommunications index’s .SPLRCL 2.9 percent rise leading the gainers.

Amgen (AMGN.O) was down 2.9 percent after the biotechnology company’s sales for an infection fighter drug came in below expectations. The stock was the top drag on the S&P and the Nasdaq.

General Dynamics (GD.N) dropped 4.5 percent after the maker of jets, tanks and U.S. Navy ships said it expects lower profit margins in the second half of 2017.