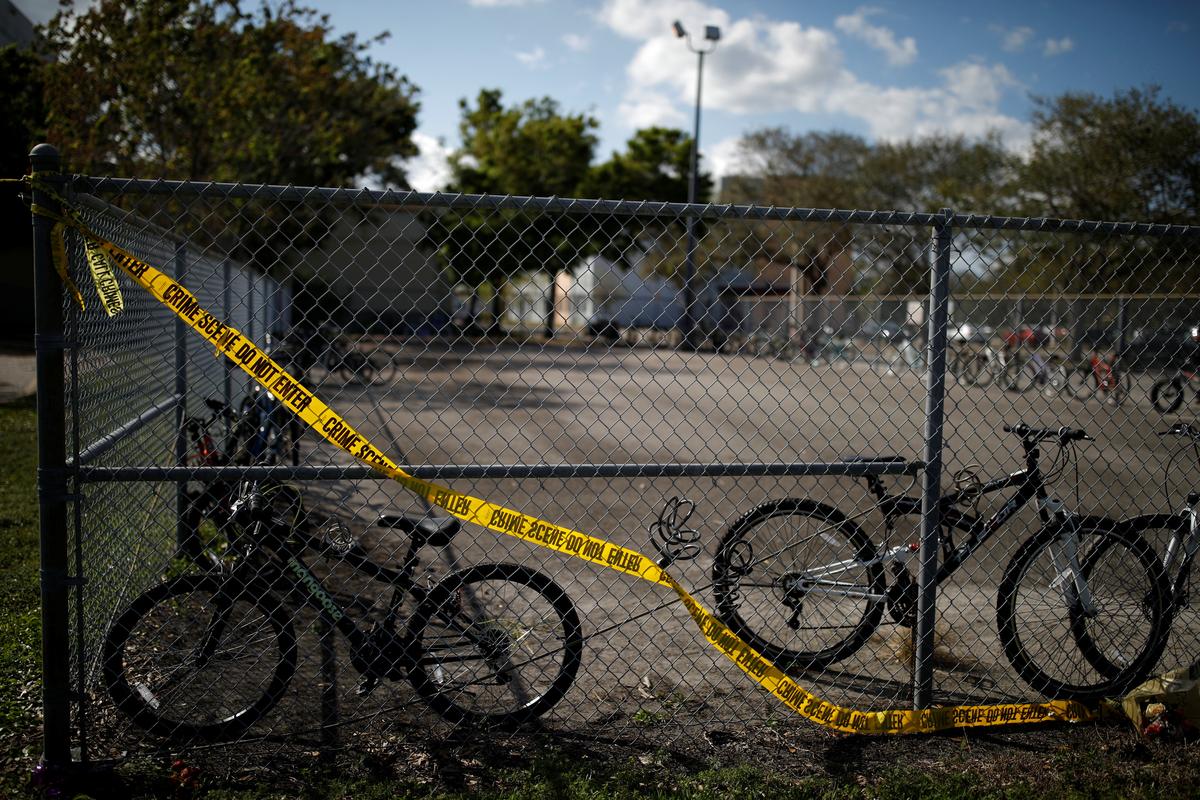 PARKLAND, Fla (Reuters) – Student survivors of the deadliest-ever shooting at a U.S. high school reacted angrily on Sunday after U.S. President Donald Trump said the FBI may have been too distracted with a Russia probe to follow leads that could have prevented the massacre.

“Very sad that the FBI missed all of the many signals sent out by the Florida school shooter,” Trump tweeted late Saturday. “They are spending too much time trying to prove Russian collusion with the Trump campaign – there is no collusion.”

Trump offered no evidence that there was any connection between the investigation of Russian meddling and the FBI’s failure to prevent the Florida shooting.

“Oh my god. 17 OF MY CLASSMATES AND FRIENDS ARE GONE AND YOU HAVE THE AUDACITY TO MAKE THIS ABOUT RUSSIA???!!,” Morgan Williams, a 16-year-old junior, tweeted in response to Trump’s message. “HAVE A DAMN HEART.”

The FBI has acknowledged it failed to act on a tip warning that the suspect, Nikolas Cruz, possessed a gun and the desire to kill. Cruz is charged with 17 murders at Parkland’s Marjory Stoneman Douglas High School in Parkland, near Ft. Lauderdale.

Another student said they wanted authorities to take action, not engage in a blame game.

A woman mourns in front of the fence of the Marjory Stoneman Douglas High School, after the police security perimeter was removed, following a mass shooting in Parkland, Florida, U.S., February 18, 2018. REUTERS/Carlos Garcia Rawlins

“You know what isn’t acceptable?” said Carly Novell, a senior at Douglas. “Blaming everyone but the shooter and the lack of gun control in our country. You even blamed the students. We did report him, we tried. But how were we supposed to know what would happen? Your lack of sympathy proves how pitiful of a person you are.”

The students’ outrage over Trump’s comments came one day after hundreds of gun control advocates rallied at the Broward County federal courthouse with students who survived the attack, parents and community leaders to demand a ban on the sale of assault weapons in the state.

“You’re supposed to bring this nation together, not divide us,” David Hogg, an 18-year-old Douglas senior, said on NBC’s “Meet the Press” program. “How dare you!”

Sarah Lerner, a teacher who survived the shooting, said the president’s statement was an affront to the victims and their families.

“This is the REAL NEWS. You came to Florida & didn’t talk to me, my students or my coworkers. You had a photo op & played golf. YOU are a disgrace to MY country.”

Emma Gonzalez, a senior, is among a group of student survivors who started a movement against mass shootings, @NeverAgainMSD, referring to Marjory Stoneman Douglas.

“It’s time for change,” Gonzalez said on Twitter in a call to end gun violence. “Let’s make it happen.”