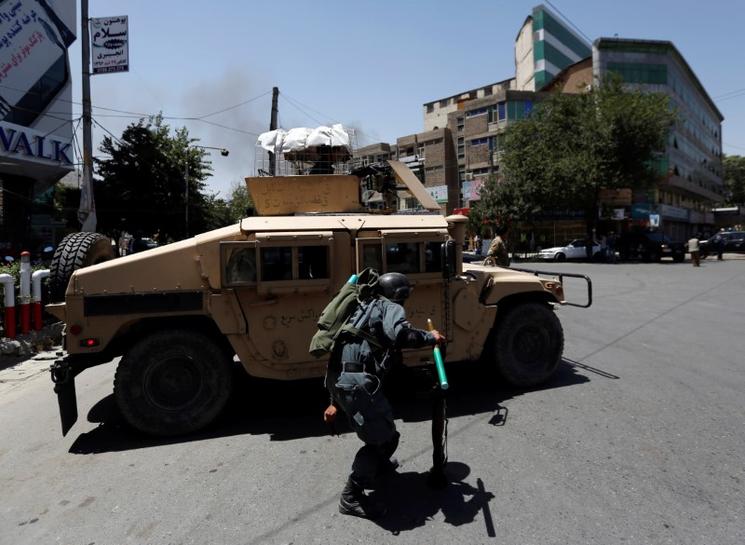 KABUL (Reuters) – Afghan security forces battled gunmen near a police compound and the nearby Iraqi embassy in Kabul on Monday following a suicide bombing, officials said.

The target of the attack was not immediately clear but police on the scene said that the gunmen appeared to have taken cover in the embassy building in a business district of the city, from where smoke could be seen rising.

Security officials said there appeared to be five gunmen involved but there was no immediate word on any casualties.

The attack comes a week after at least 35 people were killed in a suicide attack on government workers in Kabul and underlines the precarious security in Afghanistan as the U.S. administration considers an overhaul of its policy in the region.

Last week’s attack was claimed by the Taliban. A spokesman for the insurgent movement said he had no immediate information on Monday’s attack.