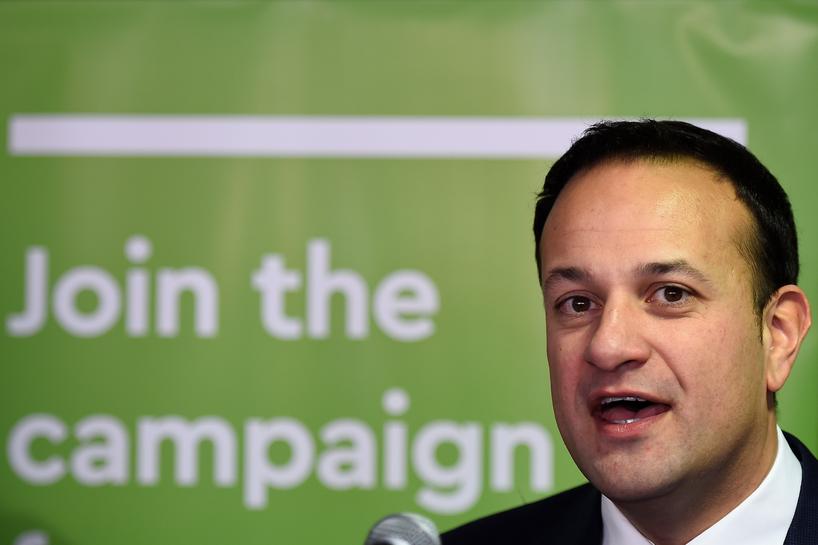 DUBLIN (Reuters) – Support for Ireland’s governing Fine Gael party fell in a poll on Saturday as a political crisis that has left the country three days away from the calling of a snap election showed no sign of being resolved.

Prime Minister Leo Varadkar’s minority government was on the brink on Friday after the party propping it up submitted a motion of no confidence in the deputy prime minister, weeks before a summit on Britain’s plans to leave the European Union where Ireland will play a key role.

Varadkar has said that if the motion put down by Fianna Fail, the main opposition party, is not withdrawn by Tuesday, he would be forced to hold an election before Christmas.

Support for his party dropped two points to 27 percent in the Sunday Business Post/Red C poll, only marginally ahead of the 25.5 percent it achieved at last year’s election and its worst performance in recent opinion polls.

Fellow centre-right party Fianna Fail rose to 26 percent from 25 percent a month ago and leftwing opposition Sinn Fein were up two points to 16 percent, both also marginally higher than the last election.

The survey was taken between November 20 and 24, the day the crisis escalated rapidly and suggested the parties would struggle to form anything but another minority administration.

“Again (the poll) suggests no one wins at a Christmas election if these numbers hold,” Richard Colwell, the chief executive of Red C, wrote on Twitter.

Varadkar has said that there is still time to avoid the snap poll but neither side were stepping down on Saturday ahead of the motion of no-confidence, to be debated on Tuesday.

“Although the leaders will do their best, it is unlikely that the positions are going to shift between now and Tuesday, and if that is the case the only way we can prevent an election is for the Tanaiste to resign,” senior Fianna Fail MP Jim O‘Callaghan told national broadcaster RTE.

The Tanaiste is the name given to the position of deputy head of government in Ireland, currently held by Frances Fitzgerald.

Health Minister Simon Harris said the price of any talks over the next three days “will not be the head” of the deputy prime minister and that the agreement with Fianna Fail that allows the minority government to function was “extremely badly damaged.”

Varadkar is due to play a major role in the Dec. 14-15 EU summit on Brexit, telling fellow leaders whether Dublin believes sufficient progress has been made on the future border between EU-member Ireland and Britain’s province of Northern Ireland.

The government has said enough progress has not been made to date.

The border is one of three issues Brussels wants broadly resolved before it decides whether to move the talks on to a second phase about trade and EU officials have said a snap election in Ireland would complicate that task.