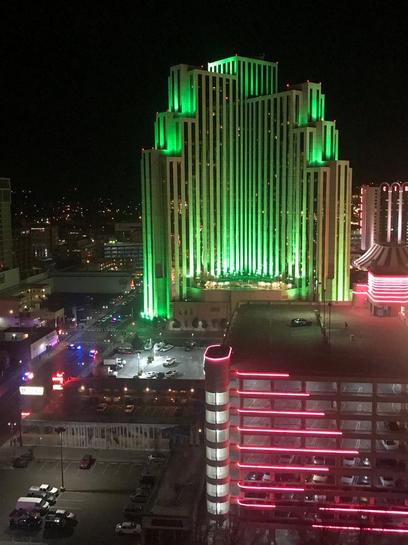 (Reuters) – A suspect died shortly after being taken into police custody in Reno, Nevada late on Tuesday after opening fire from a downtown apartment complex and holding a hostage, local media reported.

Police shot the unidentified suspect who died on the way to the hospital after an hours-long standoff with authorities, local ABC affiliate KOLO 8 reported. No other injuries were reported.

Police responded to downtown Reno on Tuesday evening to reports of shots being fired for about 30 minutes from the Montage apartment complex, the Reno Gazette Journal newspaper said.

The suspect was barricaded inside an apartment and held one person hostage until police breached the unit and detained the suspect, the newspaper reported.

The suspect and the hostage were involved in a relationship, police told KOLO 8.