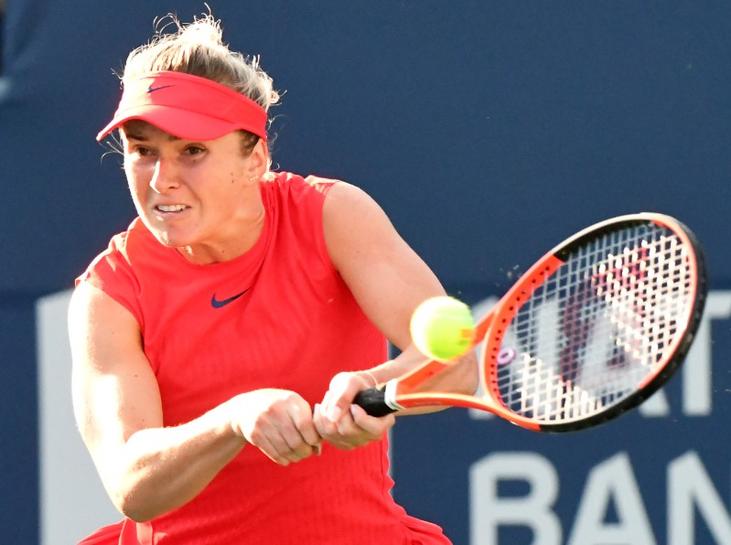 Both Svitolina and Halep were competing on little rest after rain pushed their quarter-final clashes to Saturday but it was the Romanian who was worse for wear as she dropped her first set of the tournament en route to losing the match in 56 minutes.

Fifth seed Svitolina, who beat Wimbledon champion Garbine Muguruza 4-6 6-4 6-3 in the quarter-finals, used a strong serve and forehand to control the tempo against Halep.

The Romanian, who beat Frenchwoman Caroline Garcia 6-4 6-2 earlier on Saturday, showed some life in the sixth game of the second set when she fought off a match point and earned her only break but Svitolina quickly shut down any chance of a comeback.

“It was a very tough match for me mentally because it was the second time I was playing on this court today,” said Svitolina.

“And physically it was very tough because she gets to lots of balls. I was just trying to be very focused on my game and just go for every shot.”

Svitolina will go into the final against Wozniacki with plenty of confidence having a 2-0 career record against her.

The sixth seed carried the momentum from her win over Pliskova into the match with Stephens, who was playing in only her third event after missing 11 months with a foot injury.

Rogers Cup champion in 2010, Wozniacki had an aggressive gameplan from the start, racing out to a 5-1 lead and then overcoming a brief wobble before wrapping up the first set.

She jumped into a 3-1 lead in the second set before allowing Stephens to rally back. But the 27-year-old Dane found her footing and served out the match after a brief rain delay at 5-3 to clinch victory in 80 minutes.