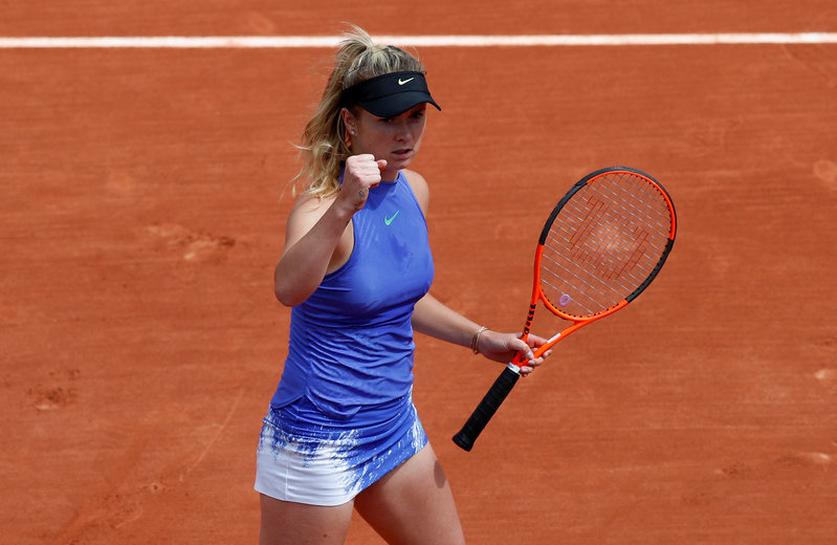 PARIS Fifth seed Elina Svitolina huffed and puffed into the fourth round of the French Open with an error-ridden 6-4 7-5 victory over Poland’s Magda Linette in a rain-delayed match on Sunday.

Svitolina, one of the pre-tournament favorites after winning titles at the Rome and Istanbul claycourt tournaments, made 25 unforced errors and served five double faults before overpowering the world number 94.

The 22-year-old Ukrainian, who lives and trains in Paris, put on an untidy display but played perfectly on the key points, holding serve throughout.

“Roland Garros has always been special for me,” Svitolina, who could not play on Saturday because of rain, said courtside.

“I’m very happy that I could win three matches here and hopefully I will keep it going. I was trained to stay focused and I’m happy I could finish it early.”

Next up for Svitolina is Croatian qualifier Petra Martic, who beat Latvian 17th seed Anastasija Sevastova 6-1 6-1.