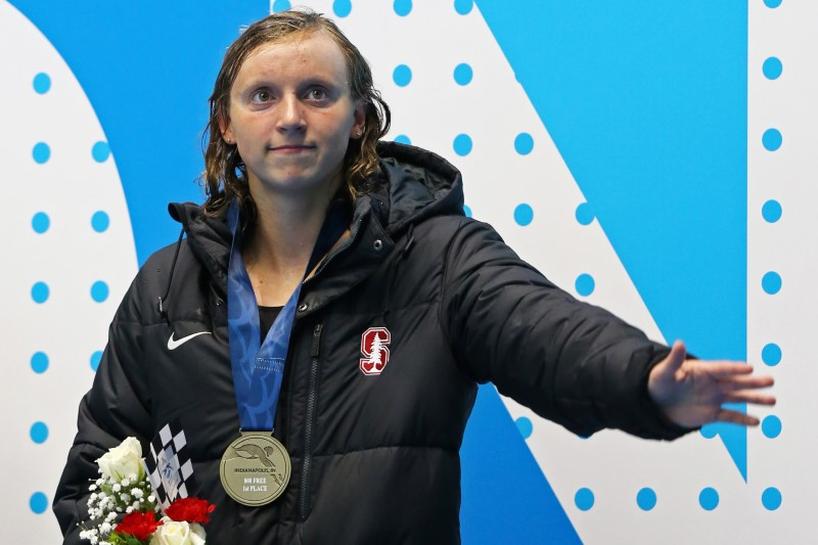 Katie Ledecky qualified for next month’s world championships in style by winning the 800 meters freestyle in the year’s best time on the opening night of the U.S. National Championships on Tuesday.

Ledecky, twice Olympic and world champion in her signature event, was well clear of the field for the entire race in Indianapolis and clocked eight minutes 11.50 seconds to punch her ticket to the July 14-30 worlds in Budapest.

“I didn’t rest too much for this (meet),” the 20-year-old said after notching her 11th national title.

“Compared to other trials and selection meets, this might be the least tapered that I’ve been over the past couple of years. I’m getting in and racing. I have confidence from training that I can get up and go times like that.”

The win for Ledecky, who swam a world record 8:04.79 in the event at last year’s Rio Olympics, came shortly after she had finished sixth in the 100 freestyle final.

Nathan Adrian, who won 100m freestyle gold at the London Olympics by a fingertip, claimed his eighth national title in the blue riband sprint in a time of 47.96, beating Caeleb Dressel by a hundredth of a second.

The meet resumes on Wednesday with men’s and women’s 200m freestyle, breaststroke, backstroke and 50m butterfly.

(Reporting by Frank Pingue in Toronto, editing by Nick Mulvenney)